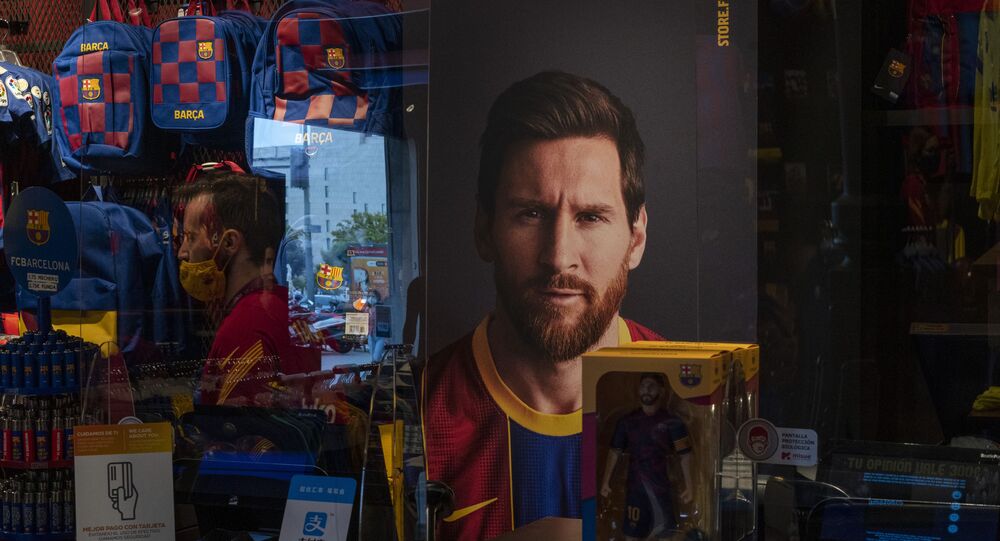 From Adidas to Theme Park in China: Lionel Messi’s Most Interesting Sponsorship Deals

The 33-year-old has recently put an end to his transfer saga and announced that he would stay in Barcelona for the 2020/2021 season. The athlete said it was impossible for him to leave due to the $823 million buyout clause.

Lionel Messi is considered one of the best football players in the history of football. His stellar performance on the pitch has also made him one of the highest-paid athletes. According to Forbes, in 2019 he earned $127 million (this year though the Argentine has been surpassed by his rival Cristiano Ronaldo). His net worth is estimated to be $400 million.

Here are the most interesting deals:

The 33-year-old has been the face of the sportswear giant since 2006, and he has recently signed a lifetime agreement (it will expire when he ends his career) with the company. Details of the deal have not been disclosed, but the previous agreement paid him between $10-12 million a year. In 2015, the Argentine became the first football player to release a sub-brand of Adidas boots – Adidas Messi.

Pepsi was among the first brands that signed a sponsorship deal with the athlete. Details of the deal are not disclosed, but according to a report by Sportskeeda, he earns 8 million from deals with Pepsi, clothing brand Dolce & Gabbana and Spain’s third-largest airline Air Europa.

Four years ago he inked a partnership deal with jewelry and wristwatch retailer Jacob & Co, which now produces a Messi-inspired line of high-end watches. As with most of the other companies in question, nothing is known about the deal, but judging by the price of the watches – the diamond-baguette-set version costs $150,000 – it seems to be quite lucrative.

Yes, you can not only drink, eat and wear products inspired by Messi, but also enjoy a ride on a rollercoaster or get frightened to death in a haunted house (where they play on repeat Barcelona losing to Bayern Munich 8-2). The park is located in China and is scheduled to open this year. It will include virtual and mixed reality spaces, holographic technology and other attractions related to Messi and football.

The list of sponsorship deals goes on. The athlete inked agreements with Huawei, Gatorade, Mastercard and other popular brands.

He is one of the highest-paid athletes, but he also knows how to share and help people. The athlete has been involved in numerous charitable efforts aimed to help vulnerable and terminally ill children. The Leo Messi Foundation is set to open an oncology center at the Sant Joan de Deu hospital in Spain. The state-of-the art facility will treat children with various types of cancer.

This year the athlete donated more than $1 million to a hospital in Barcelona to fight coronavirus and together with his teammates accepted a 70 percent wage cut to help Barcelona fully pay the salaries of the club’s employees.