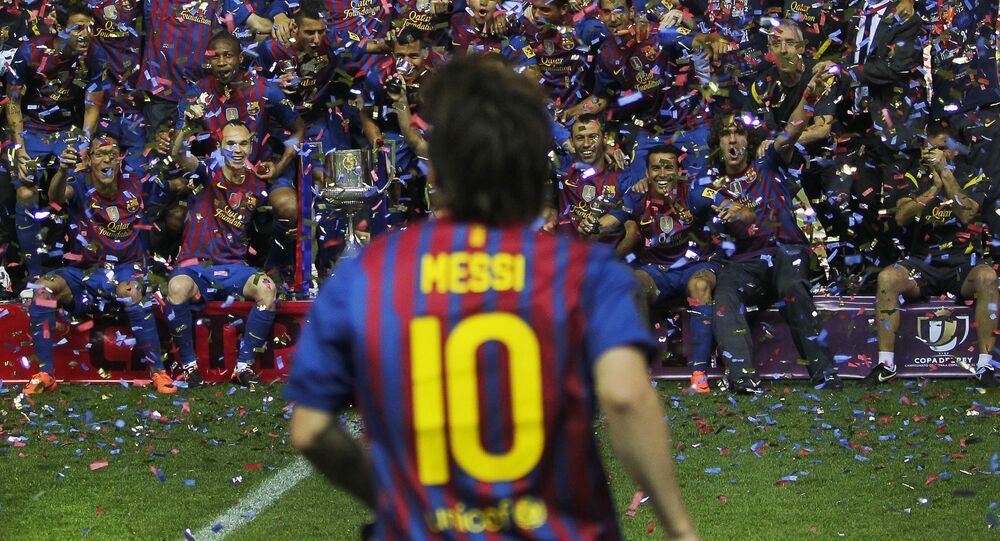 The football legend hinted he might leave Barcelona in August after 20 years there, causing a major uproar among his fans. However, he later noted he would stay in order to avoid a legal dispute with the Spanish club.

Lionel Messi had no choice but to remain at Barcelona due to bad advice from his father and agent Jorge, former Real Madrid player Hugo Sanchez stated. According to him, the player shouldn't have sent a burofax message about leaving the club.

"That untimely burofax only strengthened the image of the president of Barcelona and gave him time to weaken Messi's decision", he told ESPN. "Messi has had no choice but to stay at Barcelona due to bad advice from his father and the law firm because they could have saved that burofax. That has caused weakness to his image within the team".

© REUTERS / Emilio Morenatti
A poster with the face of Barcelona soccer player Lionel Messi is displayed at a F.C. Barcelona store in Barcelona, Spain on Tuesday, Sept. 1, 2020

"If Messi and his father already had the decision to leave Barcelona, they should not have waited in time. But before the end of the term agreed in the contract, they had to tell the club that they wanted to leave at the end of the season and on a free, without paying any compensation. If they had it planned, it should have been done that way", Sanchez stressed.

The Argentinian star notified Barcelona he wanted to leave after the team's recent Champions League failures, including the 8-2 drubbing by Bayern Munich on 14 August. At the same time, reports emerged suggesting that Messi's relationship with Josep Maria Bartomeu, Barca's president, had deteriorated in recent months.

Messi's legal team insisted the "exit clause" in his contract allowing him to leave after the end of the season was still active and the player has the right to leave on a free transfer, while the Spanish football governing body on 30 August said that Messi may only leave if his 700-million-euro ($835 million) release clause is paid to the club.

Addressing the row in a statement, Messi noted he could leave by taking the club to court, but stressed this was not an option for him.