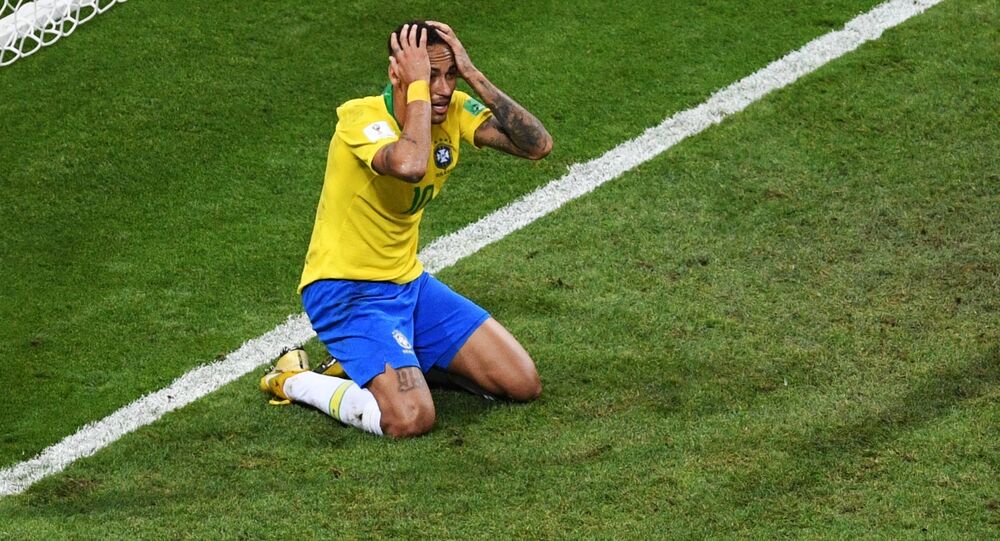 The Brazilian football superstar forward, widely regarded as one of the best players in the sport, reportedly contracted the coronavirus during a vacation on the Spanish party island of Ibiza.

The Paris Saint-Germain football club confirmed Wednesday via Twitter that three of its players had been infected, but did not give their names.

According to the football club, all three footballers have now been placed in quarantine, with the rest of the team and staff to be tested repeatedly in the coming days.

© AP Photo / Leo Correa
Nike Parts Ways With Neymar After 15 Years of Collaboration
Neymar and his teammates were spotted vacationing in Ibiza last week after losing 1-0 to Bayern Munich in the Champions League final on August 23.

The 28-year-old superstar has been repeatedly accused of flouting coronavirus health protocols in recent months. Last month, the footballer got into trouble after swapping jerseys with RB Leipzig defender Marcel Halstenberg at the end of a game in a friendly tradition that's been frowned upon amid the pandemic.