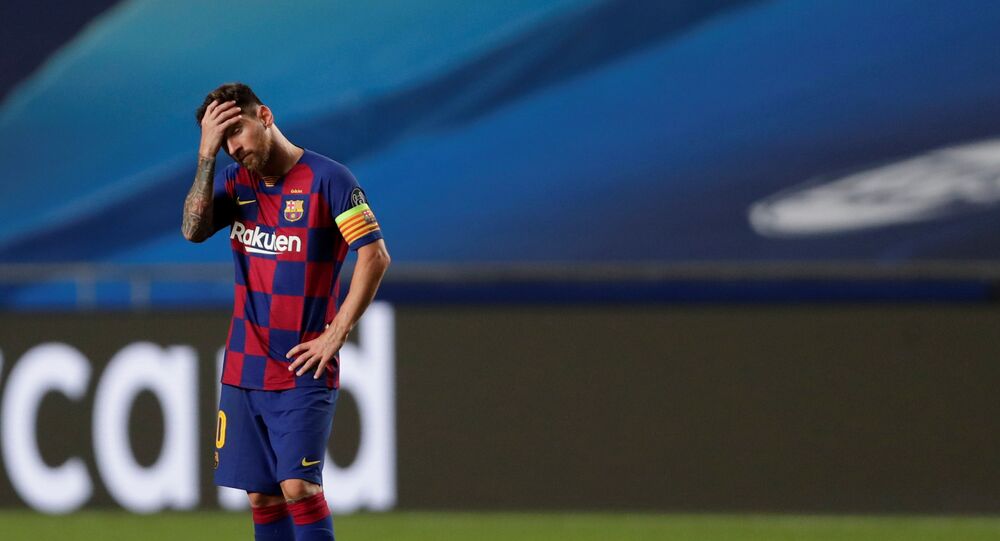 The footballer notified Barca about his intent to leave the team last week, with the club later confirming this development.

As legendary Argentinian footballer Lionel Messi notified FC Barcelona last week about his decision to part ways with them, BeIN Sports correspondent Tancredi Palmeri has revealed how the club is allegedly seeking to punish Messi for his actions.

According to ESPN, Messi is apparently seeking to make use of a clause in his contract that allows him to leave the team at the end of the season without the his €700 million release clause being invoked if he "notified the club within a specific time limit".

FC Barcelona, however, reportedly believes that the aforementioned time limit had expired in June, while Messi's legal team argued that "the clause remained valid until this week due to the delayed end to the campaign".

"There is a feeling that attending training sessions ahead of the 2020-21 season could have a legal impact on his claim that he has already unilaterally ended his contractual relationship with Barca", the media outlet states.

And now, Palmeri claims in his twitter that the football club apparently decided to cut Messi's salary "proportionally of each day he will be missing".

​On 25 August, FC Barcelona confirmed that their all-time top scorer Lionel Messi, who has been playing for the club since making his debut with them back in 2004, had informed them of his decision to leave.