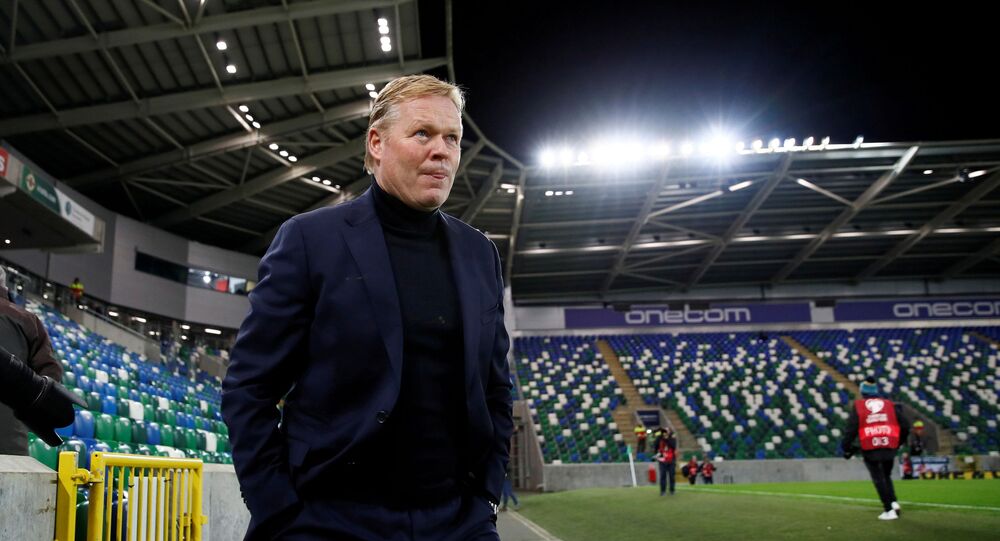 Retired Dutch footballer Ronald Koeman, who played for the Catalan club between 1989 and 1995, has agreed to become head coach of Barca.

Spanish football giants Barcelona have appointed Ronald Koeman as their next coach, according to a statement published on the club's official website.

"A club legend and Barca's hero at Wembley who gave fans their first European Cup, Koeman is coming back to the Camp Nou. But this time he will be in the dugout to lead the team", the statement reads.

This appointment is considered to be one of Barca's attempts to rebuild after their 8-2 drubbing by Bayern Munich in the Champions League last week.

Koeman, who has been working as a manager for the Netherlands national team since 2018, has signed a two-year-deal with Barcelona, who fired Spanish football manager Quique Setien on 17 August after Barca's worst loss ever in European competitions.

Barcelona President Josep Maria Bartomeu on 18 August stated that Koeman would be the head coach "if nothing goes wrong". Bartomeu also addressed the rumours about Argentine icon Lionel Messi's possible exit from the club.

"I have spoken with Koeman and the pillar of our project is Messi. He has a contract until 2021, I speak a lot with Leo and more regularly with his father. He is number one in the world. There is no doubt that in Koeman's new project you can count on Messi", he said.

As a head coach Ronald Koeman has won three Eredivisie football league titles. The Dutchman is the only football persona to have both played for and managed the "Big Three" of Dutch football: Ajax, PSV, and Feyenoord. Koeman also led Benfica and Valencia to victory in the 2007–08 Copa del Rey, and managed Premier League clubs Southampton and Everton in the 2010s. He worked as the Netherlands national team's manager between 2018 and 2020.