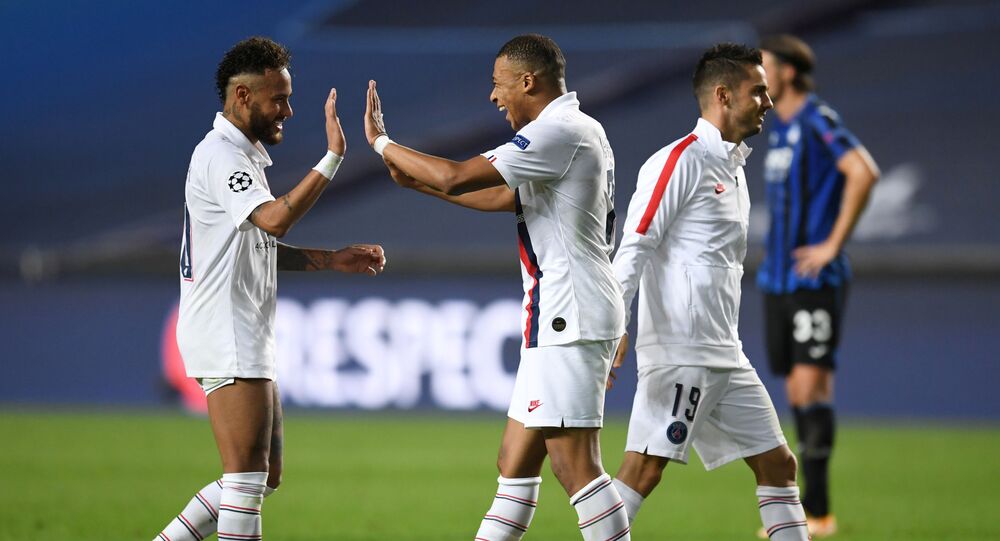 The Champions’ League quarter finals are being played behind closed doors in the Portuguese capital, Lisbon. The first of the games saw Paris St Germain take on Italy’s Atalanta, who have been the surprise package this year.

Social media is still buzzing on Thursday, 13 August, after Neymar and Kylian Mbappe inspired Paris St Germain to a miraculous victory over Atalanta, who were 1-0 deep into injury time.

The unfashionable team from the Italian town of Bergamo - which suffered badly from the coronavirus back in March - had never qualified for the Champions’ League before this season but they were moments from humbling PSG’s superstars.

Atalanta’s Croatian midfielder Mario Pašalić - who only joined the club from Chelsea on a permanent deal in June - put them ahead after 26 minutes and the French team - backed by their wealthy Qatari owners - looked to be heading out of the competition until a crazy turnaround late in the game.

I really need PSG type of comebacks in life! @ChampionsLeague

​PSG’s German coach Thomas Tuchel decided to throw on World Cup winning striker Kylian Mbappe - who has been struggling with an ankle injury - on the hour and he turned the tide.

Neymar had caused the Italian defence plenty of problems but he was unable to find the perfect finish on the night.

The joy of our Parisians after this crazy meeting 🙌

​But in the 90th minute Neymar provided the assist and his fellow Brazilian, defender Marquinhos, touched the ball into the net to equalise.

Neymar has shown again he is, apart from Messi, the player that creates more magic and provokes more chances in the world (what a pass to Mbappe!), plus he has enough personality to take any team on his shoulders. Imagine if had been more accurate today. Extraordinary footballer

​The game looked to be heading to extra time but Mbappe served up a delicious pass and Eric Choupo-Moting - a player released by Stoke City after they were relegated from the English Premier League - netted in the 93rd minute.

Neymar’s pass to Mbappé is incredible in slow motion.

Everything about his body shape indicates to the defender that the ball will be played on the outside. Then while off balance he manages to slide it through the smallest of gaps, weighted perfectly. pic.twitter.com/QgdoAAZUOu

​Atalanta coach Gian Piero Gasperini said: "The introduction of Mbappe was decisive. There was not long to go and it seemed we had done it but when you play against some of the strongest in the world at a technical and athletic level then it becomes tough."

Finally my life has peaked. i personally think Kimpembe really went under the radar, the youngster delivered a Commanding performance. he really deserves some praise.
Choupo my king, i stan you. And those who doubted tuchel, i recommend you to use burnol to heal your burn😂😂🤣 pic.twitter.com/q5cOCqi581

Ironically Tuchel had been heavily criticised on social media for his negative team selection on Tuesday evening. Paris St Germain await the winners of Thursday’s quarter final between Atletico Madrid and Red Bull Leipzig. The other semi final will be between Barcelona/Bayern Munich and Manchester City/Lyon.