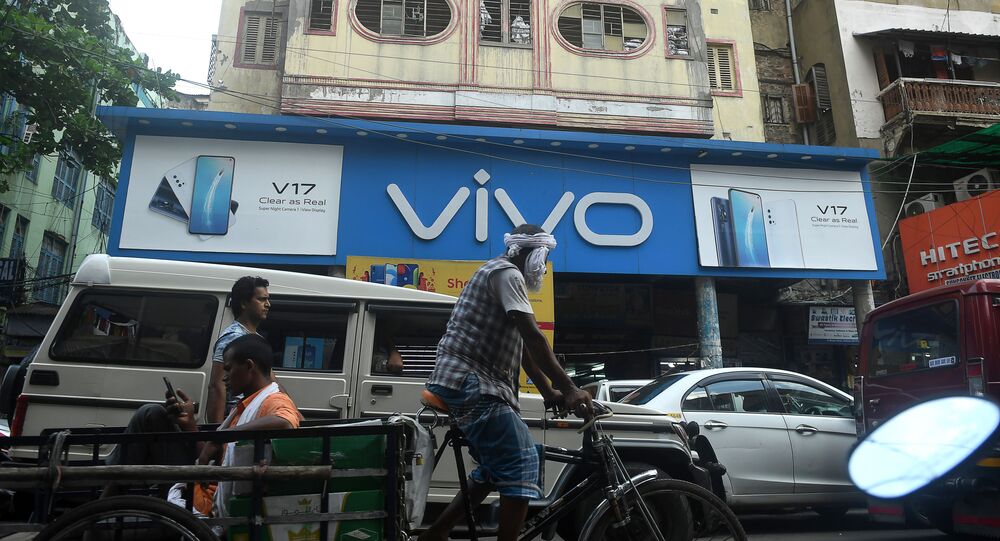 New Delhi (Sputnik): Since the deadly standoff between India and China took place in the Galwan Valley on 15 June, the Indian government has taken some strict steps, including banning over a hundred Chinese apps.

The sudden development comes a day after the Board of Control for Cricket in India (BCCI) announced the handset maker as title sponsor of IPL which is worth around $7 billion as per an estimate by brand analysts.

However, Vivo has not terminated their sponsorship agreement with the Board which means that they won't be associated with the league just for this year.

"Vivo has dropped out of IPL sponsorship this year. Since they had three years left under the contract, they will now sponser in 2021, 2022, and 2023 instead", an official from the Indian Cricket Board said.

© REUTERS / Danish Ismail
Failure to Disengage, Military Build-Up Indicate No Quick Fix to Border Dispute Between India, China
BCCI will float fresh tenders for title sponsorship in the next three days and will then decide the title sponsor.

Soon after the announcement the IPL 2020 schedule, which will be held in the UAE from September due to the COVID-19 pandemic, the focus shifted on the title sponsor of the lucrative event.

Vivo had paid $58 million to sponsor the event for a year. The BCCI, the richest cricket board in the world, received more than $440 million for media rights for the event. It earns around $93 million from other sponsors.

The decision by the IPL Governing Council on Sunday to retain the Chinese company Vivo as title sponsors of the tournament has triggered a huge backlash on social media because of recent incidents along the border which led to anti-China sentiments across the country.

Swadesh Jagran Manch, a sister organisation of India's ruling BJP, has launched a massive campaign against Vivo noting the "utter disrespect to the soldiers martyred by most heinous act of Chinese".

India and China have been engaged in a bitter border standoff for the last four months in the eastern Ladakh region as both sides have accused each other of disrespecting border agreements to maintain peace and tranquility along the Line of Actual Control. On 15 June, the nations' two armies were involved in a physical altercation in the Galwan Valley that resulted in the deaths of 20 Indian soldiers. The number of casualties on the Chinese side remains undisclosed.