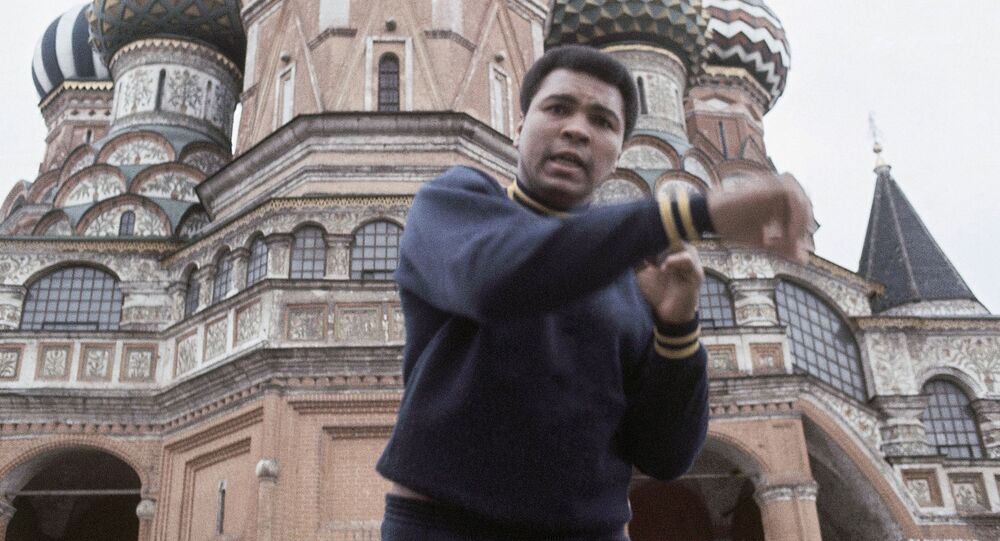 The boxing legend became the Olympic champion in 1960 and the absolute world heavyweight champion in 1964-1966 and 1974-1978. He was also recognised as the boxer of the year five times. During his career, the athlete had 61 fights and scored 56 victories, including 37 by knockout.

Honorary President of the Russian Olympic Committee (ROC) Vitaly Smirnov has reminisced in an interview with the Soviet Sport newspaper about Muhammad Ali's arrival in the USSR in 1978 after the American legend was named the best boxer of the decade in his country.

“He was received here at the highest level, [General Secretary of the Central Committee of the Communist Party of the Soviet Union] Leonid Brezhnev met with him", Smirnov told the newspaper.

Smirnov complained that Ali joined the boycott of the Olympics in Moscow two years later, despite the fact that he was "satisfied" with his trip to the USSR.

The 1980 Olympics is known for being boycotted by more than 50 countries in protest against the deployment of Soviet troops in Afghanistan in 1979. The USSR's national team led in the medal count, winning 195 awards.

Ali, born Cassius Marcellus Clay Jr., has been called by sports pundits one of the most outstanding heavyweight boxers of all time and one of the greatest athletes of the 20th century. He died in 2016, aged 74.