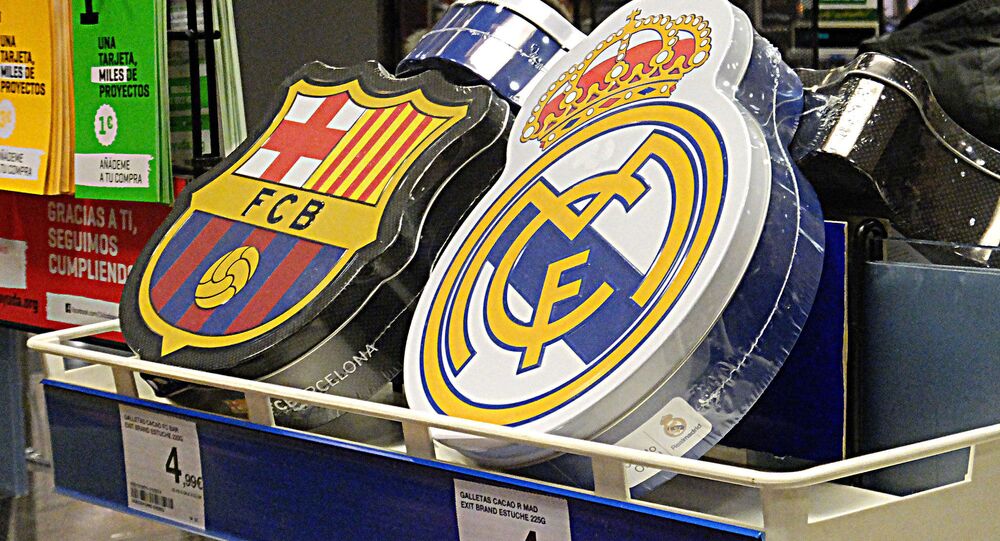 Real Madrid One Win Away from Clinching the La Liga Title

New Delhi (Sputnik): Two first-half goals from Ferland Mendy and Karim Benzema helped Real Madrid to a hard-fought win at Granada to restore their four points lead over rivals Barcelona at the top of the La Liga table on Monday.

Spanish giants Real Madrid are now just a win away to secure their 34th La Liga title with two games to go. The league leader could win it for the third time in eight years at their temporary home ground Alfredo Di Stefano, on Thursday night regardless of how Barcelona fare at the Camp Nou against Osasuna.

If Zinedine Zidane’s team slips up against Villarreal, they will still have a second chance to clinch the title on Sunday when they play against Leganes.

Real Madrid last won the La Liga title in 2016-17 and are looking favourites to be crowned this year. The team has won nine straight games following the coronavirus pandemic break.

Los Blancos are currently on 83 points while Barcelona is on 79 points, and it seems that the latter have a really slim chance of winning it as they will have to win the remaining games and hope that Zidane’s side drops point which is very unlikely. Real Madrid just require two points from their last two games to lift the title. While, a superior head-to-head record means if the two teams finish level on points, Real Madrid would win the league title.

Real Madrid’s captain Sergio Ramos has said that the team is one step closer to winning the title but that they have to keep going. He said: "We haven’t won anything yet. There are still more points to play for and our side will try to win every game left as it was always our objective. Our results speak for us and I really hope we can celebrate this league title."

On Tuesday, the club asked its supporters to avoid congregating in the Spanish capital if they win the La Liga title in order to limit the risk of spreading the COVID-19 infection.

“Real Madrid C.F. calls on its club members and supporters not to gather at Plaza de Cibeles in the event if the team secures the title,” the club said in a statement.

La Liga resumed in June after a three-month interruption due to the COVID-19 outbreak. Since then the clubs have been playing behind closed doors without fans in the stadia.