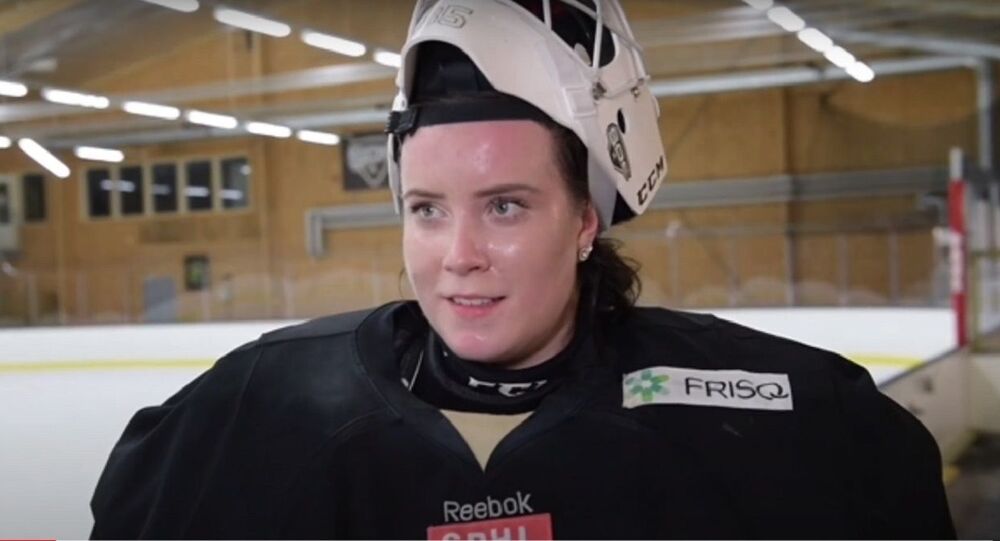 Swedish goalkeeper Sofia Reideborn also sparked controversy by defending the pay gap between men's and women's ice hockey by claiming that female players get the salary they deserve for providing the public with a “product no one wants to see”.

Swedish ice hockey player Sofia Redeborn has maintained that lesbian relations in women's ice hockey are so common that they harm the sport. Following accusations of homophobia, she left her club SDE and in her own words, “took a pause from ice hockey”.

During her summer talk for the podcast of the the Swedish Ladies' Ice Hockey League (SDHL), Reideborn argued that relationships within clubs should be banned.

“If you want money, prospects or respect, a team in the highest league cannot possibly have five couples. Ten people involved in a relationship with each other. Half the team”, Reideborn said, as quoted by national broadcaster SVT.

However, it's not the lesbian relationships as such she is worried about, but how they affect the team's performance.

“SDE did well last season but my opinion is that we still didn't reach our full potential because there were so many love relationships and so much drama within the team. Then relationships become a problem, she told SVT.

Following the outrage from her teammates, who accused her of “homophobia”, Reideborn announced her decision to “take a pause from ladies' ice hockey”.

Reideborn also stressed that none of the upset teammates had contacted her personally.

“You do not have to have the same opinions as me, but I feel that this is a personal problem as well. Therefore, I choose to step down. It is difficult to perform on a rink together when you do not like each other and it feels like your teammates are opponents,” Reideborn said. “It will be nice to avoid everything that has to do with women's hockey. It is not a fun world to be in if you do not have the same opinions as everybody,” she added.

Earlier this year, Reideborn sparked controversy by defending the pay gap between men's and women's ice hockey. A survey from the the Swedish ice hockey's interest organisation, Sico, indicated that the average salary for a male hockey player in the Swedish league is SEK 121,000 ($13,300), while women earned SEK 5,500 ($600). Reideborn argued that the female players get the salary they deserve.

“I earn absolutely zero kroner on it, and no one wants to look at the game. It's just a hobby for me”, she told SVT, calling for the sport to get better to draw more crowds.