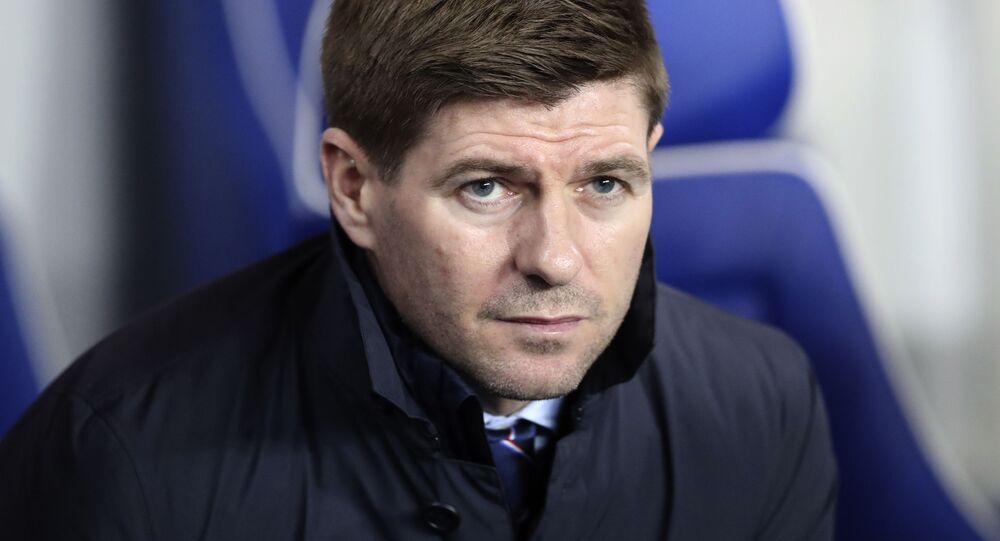 The club's iconic captain not only managed to play the match with the injury, but helped his squad secure a victory in the 4th round of the FA Cup.

Lacerations, fractures, concussions, tears in ligaments, and even death – football may be a game for gentlemen, but it is quite a brutal one, where an athlete can suffer an injury even to his private parts. Former Liverpool doctor Andrew Massey has revealed how he treated Steven Gerrard in 2014 after the midfielder had his penis lacerated during a horrific tackle in a match against Bournemouth, The Sun reported.

Massey said the Reds’ captain came up to him after the match and asked to look at an injury.

"I looked down and saw blood everywhere and thought, 'Wow, that must be really sore'. I was trying to think back to my medical training and nowhere in my training does it teach you how to stitch a penis. I thought, 'I don’t want the first penis I’ve stitched to be Steven Gerrard’s but it was'", Massey told The Sun.

© AP Photo / Angel Fernandez
FC Barcelona Has 'Obligation to Re-sign Messi', the Club's President Says Amid Rumours of a Split

According to Gerrard himself, Dr Massey did a good job and put four stitches in his nether regions. The Reds' captain described the injury as an "eye-watering laceration", but said he managed to finish the match as the pain "wasn’t too bad". In his autobiography, Gerrard lamented that after the game his teammates showed no sympathy for his plight as they were busy celebrating Liverpool's victory over Bournemouth.

"We had won, the atmosphere was good and they thought it was hilarious. I got zero sympathy from any of the lads. The lads were absolutely p***ing themselves now and you can imagine how many jokes about inches and stitches, penis size, and my future performances at home with Alex [the athlete’s wife]", Gerrard wrote in his autobiography.