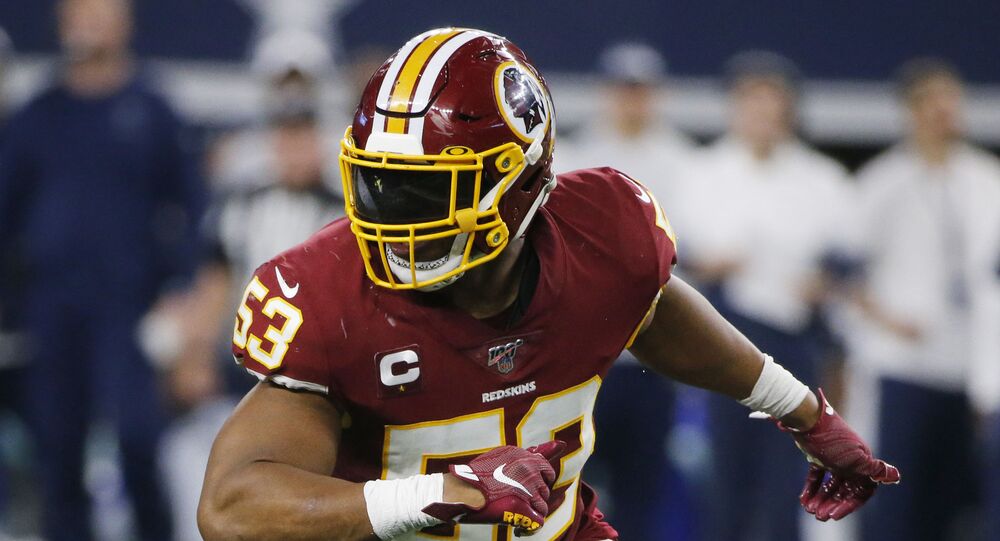 Many brands have recently reconsidered their name and actions in light of anti-racist protests rocking the US and some European countries. Last week, the US country music trio Dixie Chicks changed its name to remove the reference to Confederate states, which, in the mid 19th century, fought to preserve the enslavement of Blacks in the US.

One of the top American football teams, the Washington Redskins, has announced that it will carry out a "thorough review" of the team's name in a bid to rid itself of its derogatory perception, but while preserving the team's heritage.

"This process allows the team to take into account not only the proud tradition and history of the franchise but also input from our alumni, the organization, sponsors, the National Football League and the local community it is proud to represent on and off the field", Dan Snyder the owner of Redskins stated.

Snyder admitted that the move was triggered by the "recent events around [the US]", after defending the team's name for years.

The Redskins and their owner recently faced mounting pressure from partners to take action and remove the term "Redskins" from the name, as it refers to Native Americans and is considered "offensive", at best. The team's stadium branded host, FedEx, was among those exercising the most pressure, while sportswear giant Nike pulled all merchandise related to the Washington Redskins from its online store.

Another partner of the team, PepsiCo, announced that continued to engage in consultations with the team, pressing the idea that it was "time for a change".

"We have been in conversations with the NFL and Washington management for a few weeks about this issue. […] We are pleased to see the steps the team announced today, and we look forward to continued partnership", a PepsiCo statement asserted.

The Washington Redskins mascot and symbol have also long been a subject of criticism from many Native Americans, but the team has as yet made no mention of changing it or the team's fight song, "Hail to the Redskins".

Not all fans of the top football team have taken kindly to plans to rename it. Some called on the team's leadership to resist the demands of protesters and sponsors.

Many twitterians forecasted a huge loss of fandom for the Redskins after the renaming.

I am truly sad I will no longer be a @Redskins fan! You are losing a fan base with crazy decision!

My fan hood is officially over, never give in to the mob. This is only the first step , it will never be enough.

Some netizens came to the team name's defence, arguing that the name was not offensive, even to many Native Americans.

Please do NOT change the name, as a passionate fan for years, I take great pride in my team and its traditions. When we say "Hail to the Redskins" It's out of respect for a proud, strong willed people. At no point have I used this to disrespect or think any less of Natives #HTTR

However, a significant portion of fans praised the effort as long overdue and immediately started coming up with alternatives to replace "Redskins" in the name and mocking those who oppose the rebranding.

The Washington Redskins will be not the first brand to change the name over perceptions of racism and discrimination, particularly in light of recent anti-police-brutality and anti-racism protests. American country band The Dixie Chicks shortened its name to simply The Chicks last week, removing a word referring to the southern US states which, the in The Civil War, fought to preserve the enslavement of Blacks in the US. Another country band, Lady Antebellum, changed their name due to the perception of the word "antebellum", as referring to a false remembrance of superiority encapsulated by the US South, prior to the Civil War.

Food brands Aunt Jemima and Uncle Ben's are also considering a rebranding over suggestions that the images perpetuate the image of US enslavement of Blacks.