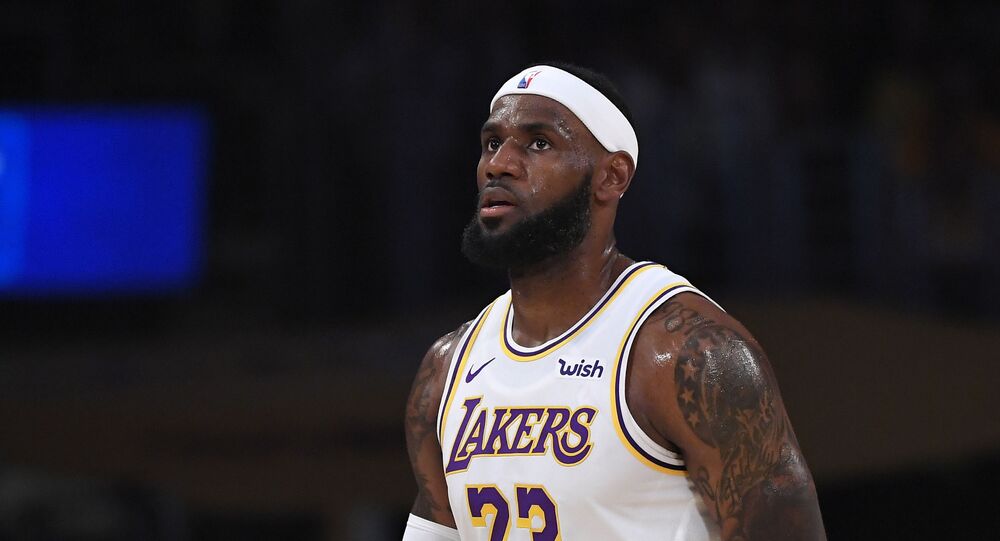 The titanium health tracker is now available to wear for basketball players and is packed with advanced sensors to capture heart rate and body temperature.

NBA has committed to the partnership, which would give its players the option to wear the Oura ring, in attempt to curb the risk of spreading coronavirus among the sportsmen.

The @NBA and Oura have partnered to provide Oura Rings and health management services to players, team and League staff who voluntarily opt-in to participate. We are united in prioritizing their health, safety and privacy, and proud to support the return of the court. pic.twitter.com/RGXDCpCCE1

The measurements taken by the ring are processed by the technology to assess whether the person wearing it is ready to perform well on any given day. The tech assesses the number of sleep hours, as well as the individual’s vitals and activity.

A Finnish start-up, Oura has sponsored research studies at University of California, San Francisco (UCSF) and West Virginia University to determine whether the "physiological data collected by the Oura ring, combined with responses to daily symptom surveys, can predict" the symptoms of Covid-19. When NBA learned about the studies, it reached out to incorporate the ring to offer as an opportunity to the players.

According to Oura CEO Harpreet Singh Rai, the privacy concerns that generally come with technology tracking personal information were addressed by the company.

"We're working with the NBA, NBPA, Excel Sports and CAA to make sure everyone feels comfortable. Think about it — we're tracking sleep, so a coach could ostensibly see that a player only got two hours of sleep the night before a game and decide not to start him. To ensure that doesn't happen, most of the data isn't being shared. The league and union only see something called a Risk Score, which combines heart rate, heart rate variability, temperature and respiratory rate. If the Risk Score is high enough, a team doctor is alerted and can test the player. It's that informed testing, as we call it, that would make this a cost-effective solution for other leagues, including colleges, who can't afford to test everyone daily the way the NBA can," Harpreet Singh Rai said.

The NBA plans to restart the season in July in Orlando on the Disney World campus. However, the NBA commissioner Adam Silver on June 30 said that "if the virus spreads among players and personnel in Florida, the league will have no choice but to pull the plug."

Found out last night and confirmed again today that I’ve tested positive for Covid while being back in market. As a result of this, I will not be in Orlando for the resumption of the season.

Spencer Dinwiddie, who tested positive for coronavirus, tells @TheAthleticNBA: “We were supposed to be one of the teams to enter into the Orlando bubble early, but training camp got switched back to New York…Hindsight is 20/20.”https://t.co/UcnPLE6tPW

Adam Silver confirmed that the NBA is “testing daily” for Covid-19 and if a large number of cases was to emerge, “that would of course be a cause to stop as well."