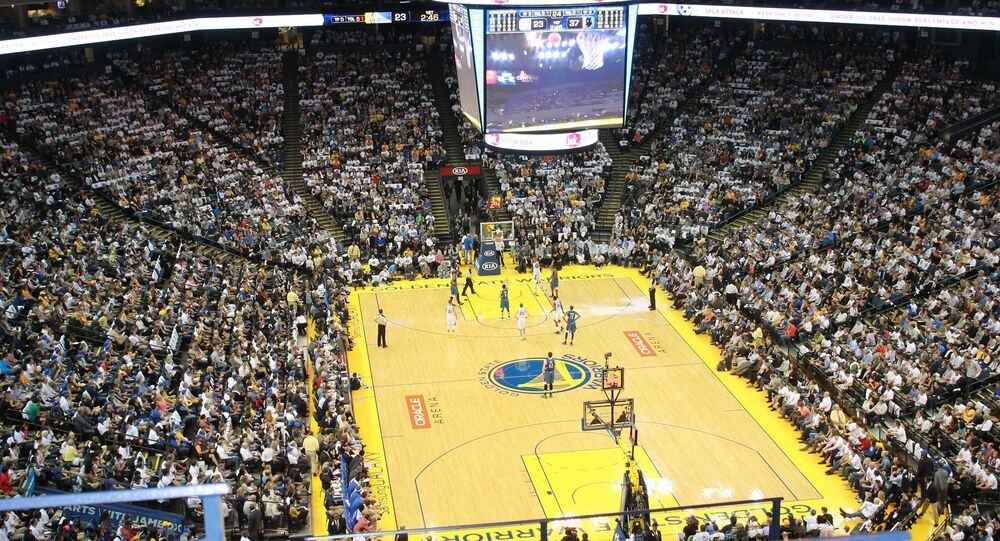 In a show of solidarity with recent demonstrations across the US, the National Basketball Association (NBA) is reportedly planning to paint “Black Lives Matter” on the sidelines of courts in Florida.

Citing league sources, ESPN reported Monday that courts at the ESPN Wide World of Sports Complex in Bay Lake, Florida, will have “Black Lives Matter” painted on the sidelines when the NBA resumes its season in July.

At least three arenas within the Walt Disney World Resort sports complex will undergo the painting, according to the sources.

"We're just trying to continue to shed light on the different social justice issues that guys around our league continue to talk about day in and day out," said Chris Paul, who serves as the National Basketball Players Association (NBPA) president and plays point guard for the Oklahoma City Thunder, as reported by Reuters.

"People are saying that social justice will be off of everybody's mind in Orlando. With these jerseys, it doesn't go away."

This follows the Saturday night news of an agreement with NBA players that would allow them to replace their last names on the backs of their jerseys with social justice slogans or phrases.

The NBA and NBPA are planning to allow players to replace the last name on their jerseys with statement on social justice, sources tell @TheAthleticNBA @Stadium.

LA Times Reporter Brad Turner previously noted on June 27 that the NBPA, NBA and Nike, which manufactures the league’s official jerseys, were working together on the idea.

Sources: The NBPA currently is working with the NBA and Nike to give players the option of replacing their last name on their jersey with a statement on social justice. More details to come soon.

The Women's National Basketball Association (WNBA) is considering a similar approach to court sidelines for the upcoming abbreviated 2020 season at IMG Academy in Bradenton, Florida.

Sources informed ESPN that the WNBA has also considered warm-up shirts reading “Say Her Name” - as a reference to Black, female victims of police violence, such as Breonna Taylor.

‘How They Would Get By’: NBA Grants Players Full Salaries on 15 April Amid Games Halt – Report

Next NBA Season May Be Held Behind Closed Doors - Commissioner