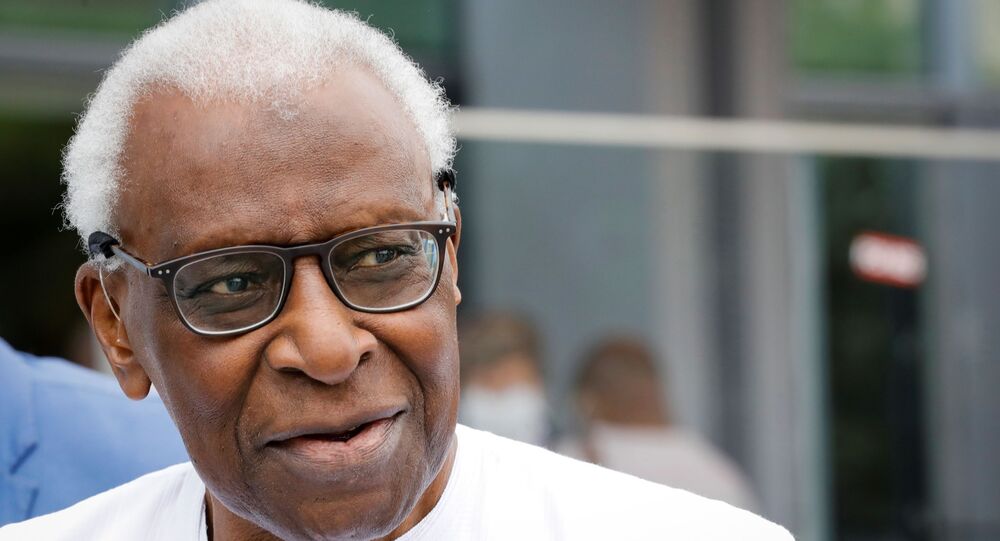 The International Association of Athletics Federations (IAAF) rebranded as World Athletics last year, in an attempt to shake off the sport’s reputation for doping and corruption. But a trial in Paris, which is due to conclude this week, has shined a light on what exactly went on at the IAAF.

French prosecutors have asked judges to convict Lamine Diack, the former IAAF president, jail him for four years and fine him 500,000 euros.

Diack, who is 87 and from Senegal, denies corruption, money laundering and breach of trust.

​Prosecutor Arnaud de Laguiche told the court on Wednesday, 17 June: "The IAAF tripped on the hurdle of corruption. (People like) Diack live like little emperors, they have their little courts and people court them.''

The prosecutors say Diack, who ran the IAAF from 1999 to 2015, obtained 3.45 million euros from athletes who were suspected of doping and paid to have their test results ignored so they could carry on competing in international athletics.

Russian marathon runner Liliya Shobukhova told the court she had paid 450,000 euros to the IAAF and prosecutors say Diack and his son siphoned off the money into their own private accounts.

Nine months before Usain Bolt set the first of his sprint world records, Diack signed an agreement in 2007 to pay his son US$900 per day for “consultancy work”.

Mr de Laguiche said while the Diacks got rich, jetted all over the world and rubbed shoulders with celebrities, the IAAF’s reputation was trashed and it lost an estimated 41 million euros in revenue.

Diack gave confusing and barely audible testimony and his lawyers - who will make their final submissions on Thursday, 18 June - hinted at dementia and suggested he was having difficulty following the proceedings.

His lawyer, Simon Ndiaye, said Diack felt it was “globally unfair'' that he was being made to answer for “a whole system, in which lots of people took part."

Mr de Laguiche said Papa Massata Diack, who lives in Senegal and refused to travel to Paris for the trial, was at the heart of the corruption. Investigators found he bought watches and other luxury goods worth 1.7 million euros from a Paris boutique and even his own father told the court: “He conducted himself like a thug."

Two French athletes Christelle Daunay, 45, and Hind Dehiba, 41, are seeking damages because they said Diack allowed runners who had been doping to compete against them.

He told AFP: “The problem is that sport has become an industry and in the background, there are the geopolitical interests of nations which, in the end, lead to the conclusion that the doping of athletes and helping athletes dope to win medals is no worse than employing secret services to intervene here and there.''

Sebastian Coe, the British former middle-distance runner and Conservative MP, succeeded Diack as president of the IAAF in 2015 and is now trying to rehabilitate the image of World Athletics.

The Russian Athletics Federation has been suspended by the IAAF since November 2015 when the World Anti-Doping Agency (WADA) found evidence through the Independent Commission of alleged state-sponsored doping and cover-ups.

The Russian authorities have repeatedly refuted the accusations of running a doping program but acknowledged that the country's athletics had some problems with doping that were being tackled.

The judges are expected to return their verdict in the Diack case later this year.