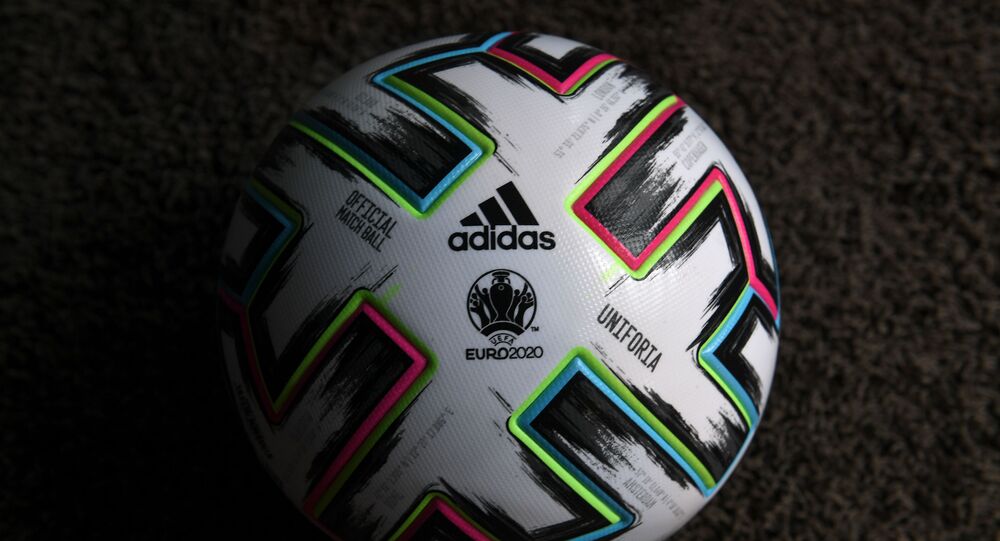 MOSCOW (Sputnik) - UEFA has confirmed transfer of the Champions League final in St. Petersburg from 2021 to 2022 after the UEFA Executive Committee meeting in Nyon.

The finals, semi-finals and quarter-finals of the current season's Champions League will be held in the 'Final 8' format in Lisbon from August 12-23, UEFA said.

"The #UCL quarter-finals, semi-finals and final will be played as a straight knockout tournament in Lisbon between 12 and 23 August 2020. All these ties will be single-leg fixtures," the tournament said on Twitter.

🏆 🇵🇹 NEWS: #UCL quarter-finals, semi-finals and final will be played as a straight knock-out at the Estádio do Sport Lisboa e Benfica and the Estádio José Alvalade in Lisbon from 12 - 23 August 2020.

Remaining round of 16 matches will be played on the 7/8 August. #UEFAExCo pic.twitter.com/qeJX0k7t8c

© REUTERS / Yves Herman
UEFA Head Ready to Bet $1 Mln That Euro 2020 Will Happen in 2021
UEFA Europa League quarter-finals, semi-finals and the final will be played as a straight knockout tournament in Cologne, Duisburg, Düsseldorf and Gelsenkirchen between 10 and 21 August 2020 as single-leg fixtures as well.

The final of the Champions League 2019/20 was initially scheduled for May 30 in Istanbul.

Sky Sport Italia said on Monday that Istanbul, which was supposed to host the Champions League 2019/20 final, will be the host of the finals in the 2020/21 season, and St. Petersburg will host the tournament’s final in 2022.