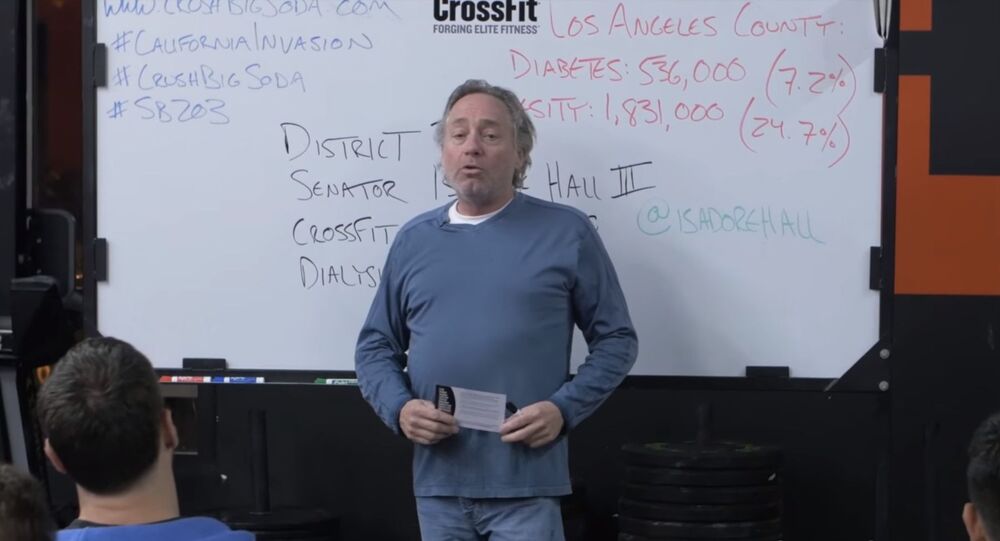 The global fitness trademark landed in hot water over controversial remarks made by its founder and CEO, losing contracts with thousands of partners, including sportswear giant Reebok.

The global fitness company CrossFit has announced that its founder and CEO Greg Glassman has resigned from his post and "retired" in light of a recent scandal that has rocked the company.

In his farewell statement, Glassman admitted once again that his 6 June tweets, which controversially played on the ongoing coronavirus pandemic and the death of African-American man George Floyd, could have hurt the feelings of some of those who practice the CrossFit fitness regimen. He went on to say that the emerging rift in the CrossFit community endangered the goals he had set for the company, thereby explaining his departure from the post of CEO.

"On Saturday I created a rift in the CrossFit community and unintentionally hurt many of its members. Those who know me know that my sole issue is the chronic disease epidemic. I know that CrossFit is the solution to this epidemic and that CrossFit HQ and its staff serve as the stewards of CrossFit affiliates worldwide. I cannot let my behaviour stand in the way of HQ’s or affiliates’ missions. They are too important to jeopardize", Glassman said in his statement.

The company's director of the CrossFit Games, Dave Castro, will succeed Glassman as CEO. In his statement, Castro promised to "do right by affiliates, trainers, athletes, and other members of the CrossFit community around the world".

CrossFit Under Pressure Over CEO's Tweets

In response to a statement by the Research Centre Institute for Health Metrics and Evaluation (IHME) that said "racism and discrimination is a public health issue", Glassman posted a tweet captioned"Floyd-19" and followed up with a tirade condemning the institute’s remark, leading CrossFit to land in hot water.

The now-former CrossFit CEO slammed the institute for previously coming up with a purportedly flawed model that allegedly led to the global coronavirus lockdowns and condemned their attempt to present a new model, now related to racism issues.

"Your failed model quarantined us and now you’re going to model a solution to racism? George Floyd’s brutal murder sparked riots nationally. Quarantine alone is ‘accompanied in every age and under all political regimes by an undercurrent of suspicion, distrust, and riots'. Thanks!" one of the now-deleted tweets by Glassman said.

Glassman's tweet spurred a wave of criticism as well as announcements by gyms and CrossFit partners, including sportswear giant Reebok, that they would be terminating their affiliation with the company. Over 1,000 out of a total of 15,000 affiliated gyms, one of the key sources of the company's income, have announced that they would be ditching their contracts with CrossFit, as the PR disaster has continued even after Glassman extended an official apology via CrossFit's Twitter account.

Floyd is a hero in the black community and not just a victim. I should have been sensitive to that and wasn't. I apologize for that. I was trying to stick it to the @IHME_UW for their invalidated models resulting in needless, economy-wrecking, life-wrecking lockdown,

Glassman insisted that he made a mistake by posting the controversial tweets, but denied accusations of racism. He explained that he became "overemotional" when he saw the IHME's message and apologised for using George Floyd's name in his tirade against the institute.