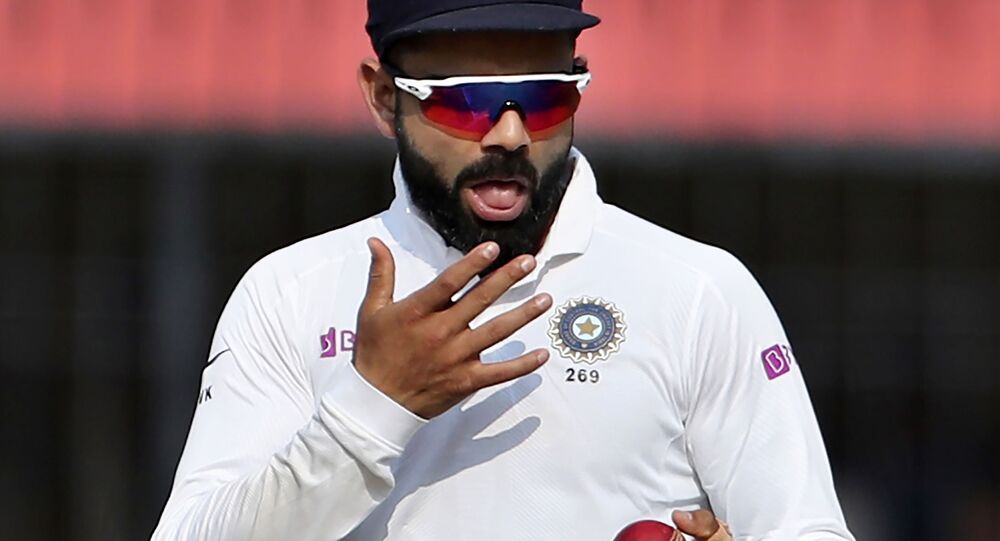 As International Test Cricket Set to Return, Why is It a Big Deal That Saliva Has Been Banned?

The West Indies cricket team has arrived in Britain ahead of their delayed Test match series against England, which will start next month at bio-secure venues behind closed doors. The International Cricket Council board has ruled that applying saliva to shine the ball will be temporarily banned because of fears of coronavirus.

Pakistan cricket legend Wasim Akram says bowlers would become "robots" after the sport’s governing body banned players from shining the ball with their saliva as a precaution against COVID-19.

Bowlers traditionally get the ball to move or swing in the air by applying shine to one side using saliva.

​The swing, or reverse swing, makes the ball bounce up in an unpredictable direction which makes it harder for the batsman to hit it.

But the International Cricket Council (ICC) has temporarily banned the use of saliva.

In March - before the lockdown - Indian bowler Bhuvneshwar Kumar was mocked on Twitter after he said players would limit the amount of saliva used during a one-day match against South Africa.

​England opening batsman Marcus Trescothick once claimed he used to suck mints to stimulate his saliva glands during matches.

Akram, a former Pakistan cricket captain who was known as the 'Sultan of Swing’' said of the ban: "It will make bowlers robots, coming and bowling without swing. It's a quizzical situation for me as I grew up using saliva to shine the ball and to swing it.”

​"I am all for precautions in these tough times, so bowlers have to wait for the ball to get old and rough for them to get swing,” he added.

The West Indies team arrived in Britain on Tuesday, 9 June, and their captain Jason Holder said: "This is a huge step forward in cricket and in sports in general as we travel over to England for this series. A lot has gone into the preparations for what will be a new phase in the game."

The ICC has agreed to allow Test cricket to resume under certain conditions, one of them being the banning of saliva. Players will still be able to smear their own sweat onto the ball in an attempt to get it to swing.

​Pakistan bowler Sarfraz Nawaz, who is credited with inventing reverse swing, said: "Just using sweat won't be of much help because that will only make the ball wet and that shine will be missing.”

In 1972 Australian swing bowler Bob Massie took a career best 16 wickets for 137 runs on his Test debut against England at Lord’s in London.But he struggled on a subsequent tour of the West Indies and Massie has always denied allegations that his remarkable debut was due to applying a lip balm to the ball in order to maintain the shine which provided swing.