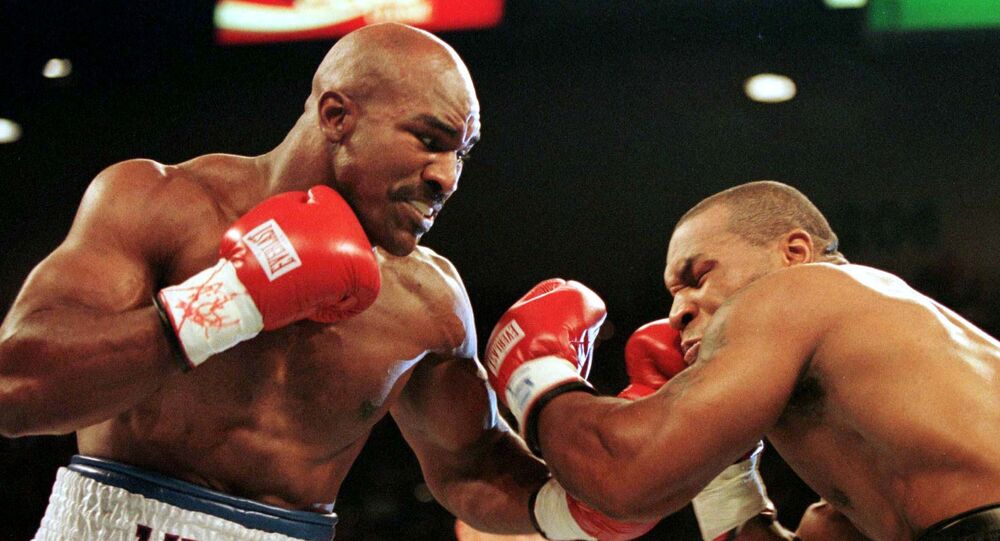 In the mid-1980s and early 1990s “Iron Mike” Tyson was the “baddest man on the planet” - a world heavyweight boxing champion who terrified most of his opponents. But Evander Holyfield had his measure, twice beating him. Now they are set for a third fight.

Former heavyweight champion Evander Holyfield has opened the door to a possible third meeting with his nemesis, Mike Tyson, more than 20 years after their infamous ear-biting fight.

Holyfield won their first fight in 1996 and in the rematch the following year a frustrated Tyson spat his gumshield out and bit off a chunk of Holyfield’s ear.

Holyfield, now 57, fought on even longer - only retiring in 2011, three years after he lost to Nikolay Valuev in a WBA heavyweight title fight.

Now the pair - with a collective age of 110 - are considering a third fight for charity, possibly in Australia.

Tyson has returned to training and has posted several videos in which he looks in good shape and Holyfield announced his return for a charity bout on Instagram earlier this month.

Holyfield, who was nicknamed The Real Deal, said of Tyson: "If I ask him it's almost like me being a bully saying I want to go against somebody I've beaten twice. I don't want pressure on me that 'you just want to fight Mike because you know you can beat him'."

He told the BBC: "If he hits me I'm going to hit back. I'm going to be 58, he'll be 54, you talk about being in good health and doing things the proper way that respects it. I don't have no problem with it."

​When interviewed by Australia’s Daily Telegraph and asked about fighting in Sydney, Holyfield said: “If it works, I don’t have a problem fighting there. It all depends…I was there for the Olympics (in 2000), and I had a great time when I was there.”