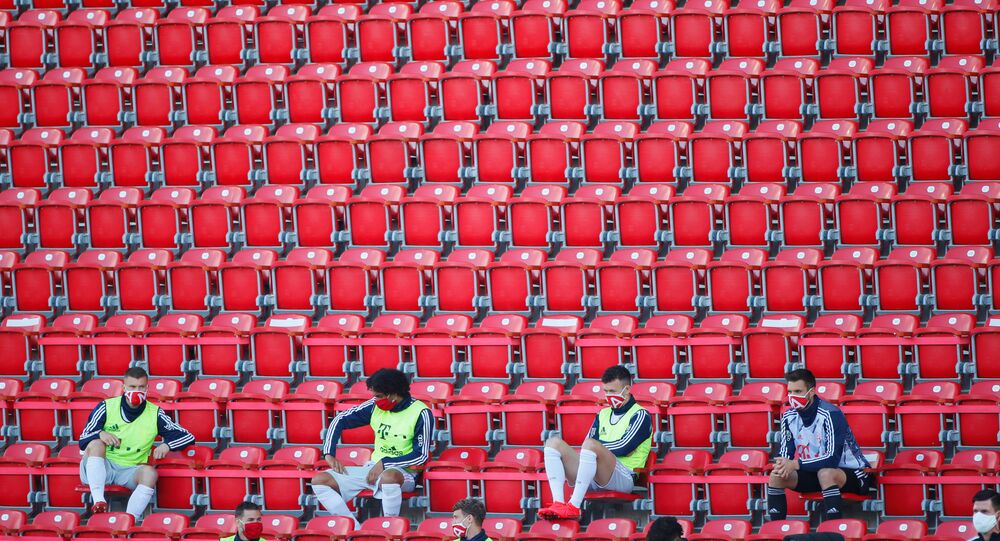 With the German Bundesliga having resumed behind closed doors last Saturday, returning from its suspension amid the ongoing coronavirus pandemic, it seems that not everybody in the football world is keen on the move.

Spain manager Luis Enrique, speaking to Spanish basketball show "Colgados del Aro", outlined his disdain for the lack of atmosphere without a fan presence in the stands.

"It's very ugly, I watched German football and it's lamentable. You can hear the insults and you lose the intimacy of the great moments, playing matches without a supporter is sadder than dancing with your sister," Enrique stated.

The coach did, however, concede that the return of sport in any capacity could help bolster the morale of sports fans throughout the world.

"This is a global business that generates a lot of money and even though the spectacle is very different to when you play with people, it can help us pass the time during confinement and get through this, and if you are a fan of football or basketball, then watching a match is always interesting," he said.

Is this guy serious? I'd give pretty much anything right now to be at a party dancing with my sisters!https://t.co/JLLVS3ABGT

Spain NT coach Luis Enrique: "Playing without fans is sadder than dancing with your own sister."

Luis Enrique: "Playing matches without supporters is sadder than dancing with your sister." pic.twitter.com/tdOngJscKd

​Clubs in Europe have until the 25th of May to tell UEFA, Europe’s football governing body, whether they intend to resume the 2019-20 season.

The Netherlands, France, Belgium and now Scotland have already decided to end their campaigns prematurely, whilst England, Spain and Italy plan to follow Germany’s example and resume play behind closed doors.

Many players in England’s Premier League; most notably Watford striker Troy Deeney, and Tottenham Hotspur left-back Danny Rose, have expressed concerns about the potential health and safety risks that completing the season may bring.

Speaking to British Newspaper the Telegraph, Mariappa explained that he was shocked by the news.

"It was a big surprise because I haven't really left the house, apart from some exercise and the odd walk with the kids; I've mainly just been homeschooling and keeping fit,” the defender stated.

Mariappa added that he was fortunate to have been able to access a coronavirus test, despite being asymptomatic.

“It's quite scary how you can feel absolutely fine and not really have left the house, and yet still get the virus. If it wasn't for the fact I had gone back to training and had this test, then I'd never have found out that I had the virus and I would just be getting on with things as normal. That's obviously quite a strange thought,” he added.

Premier League clubs are yet to agree on the terms under which the season could be resumed, and a vote on whether to host matches at neutral venues has been postponed, as rumours had arisen that a majority of sides in the division would vote against the proposals.

If the suggestion is eventually ruled out after the ballot takes place; then it would be doubtful whether Premier League games could actually return to the pitch, as only a few options for concluding the campaign would remain viable.

These include rendering the season “null and void”, calculating the final positions based on mathematical algorithms, or simply ending the league with the current standings in place, all of which could potentially lead to legal challenges from teams in bother the upper and lower echelons of the division.