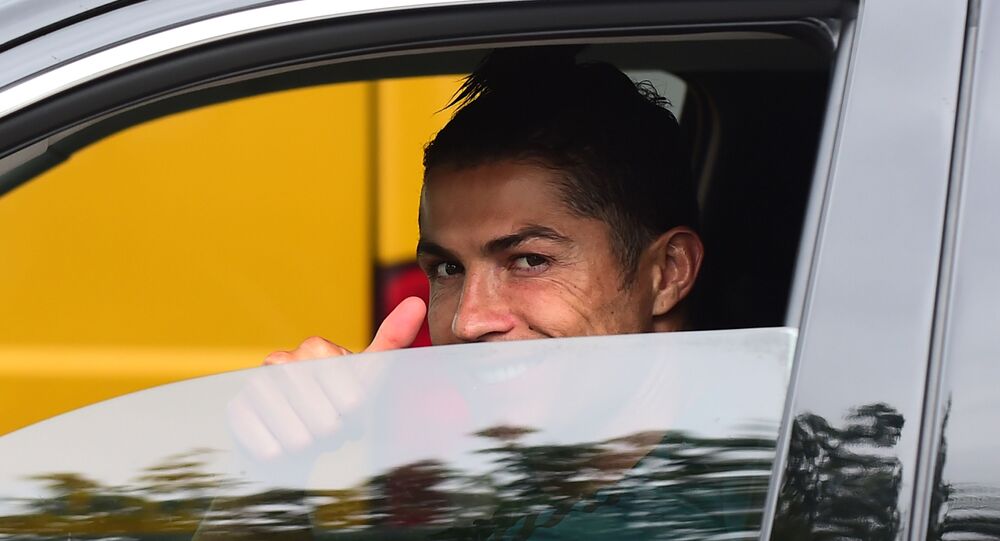 Portuguese footballer Cristiano Ronaldo still has two more years until his current contract with Turin-giants Juventus expires in 2022, but it’s unclear where his phenomenal career could take him next.

Chairman of Qatar Sports Investments and PSG chief Nasser Al-Khelaifi praised the captain of the Portuguese national team Cristiano Ronaldo, while mentioning his name among some “outstanding” players who have previously joined the ranks of Paris Saint-Germain, according to France Football.

One of the most influential sport executives in the world, Al-Khelaifi, hailed Ronaldo’s “unique determination” and an “extraordinary strength of character”, while noting that the Juventus’ forward “always pushes his limits”.

“I admire this relentless will; he is a great example for all athletes of the future”, PSG president said.

During the interview, Al-Khelaifi referred to Ronaldo while he was discussing the achievements of PSG’s most high profile transfers, such as Swedish striker Zlatan Ibrahimovic and former English star David Beckham, thus hinting at the Portuguese player’s possible future with the team.

“Thinking back to all the players who have joined us since the beginning of our ambition with PSG, I could still highlight the time of Zlatan Ibrahimovic for his character, his leadership, his charisma and his ability to get things done”, said Al-Khelaifi, praising the current A.C. Milan striker. “He was always reliable, and when the situation demanded something from him, he knew how to stand up to the challenges of the moment”.

© REUTERS / ERIC GAILLARD
'I Didn't Expect to Cry': Cristiano Ronaldo Sheds Tears During Piers Morgan Interview
When talking about Beckham, he praised the Englishman for his “investment in training”, “determination to succeed”, as well as “his taste for teamwork and his natural aura”.

PSG chief did not directly suggest that 35-year-old Ronaldo may eventually join the Paris club once his contract with Juventus expires, but the striker has himself previously confirmed that he will continue playing his favourite game as long as his body is still responding “in the right way on the pitch”.