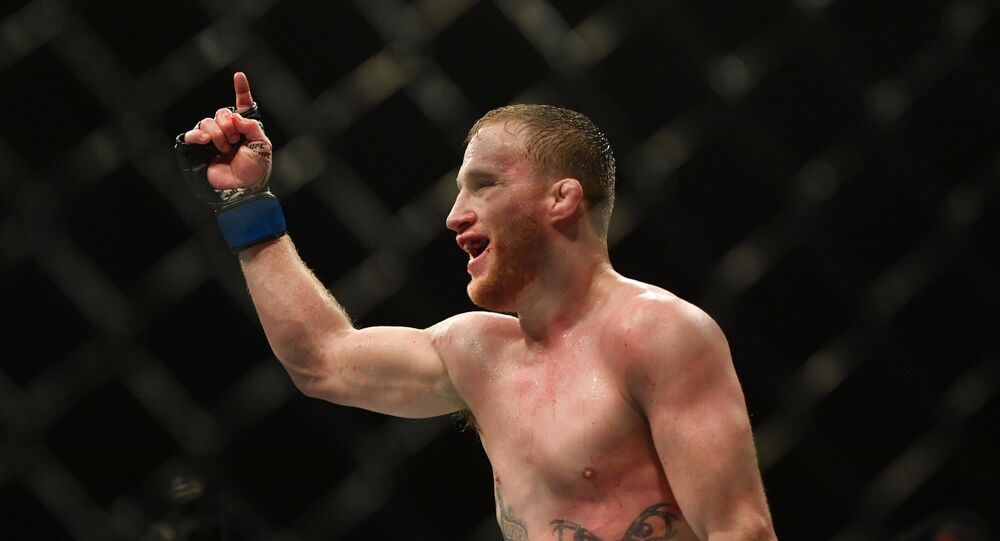 On 10 May, American MMA fighter Justin Gaethje defeated his fellow countryman Tony Ferguson in the fifth round of their match for the UFC interim lightweight championship in Florida.

Speaking to ESPN, Justin Gaethje stated that he is now concentrated on the fight with Russian MMA star Khabib Nurmagomedov, rather than fighting "The Notorious" Conor McGregor, who is "losing his clout".

"He's losing his clout", Gaethje said Friday via ESPN. "I don't mean with the general public, but with fighters. He's losing so much respect in the game, which he probably doesn't care...He doesn't hold the cards right now", Gaethje told ESPN.

Gaethje, however, hasn't ruled out that he could face the Irish fighter in the future.

"When I beat Khabib, I will fight Conor because I'm trying to cash in. Whether he fights or not — do I think he should fight? Absolutely", Gaethje added.

After the UFC 249 fight, McGregor made it clear that he wants to take on Justin Gaethje in his next bout, adding that he’d "butcher" the new interim lightweight champion in the Octagon.

So far, however, McGregor has to rein in his ambitions as Gaethje and Khabib have to challenge each other for the title of lightweight champion.