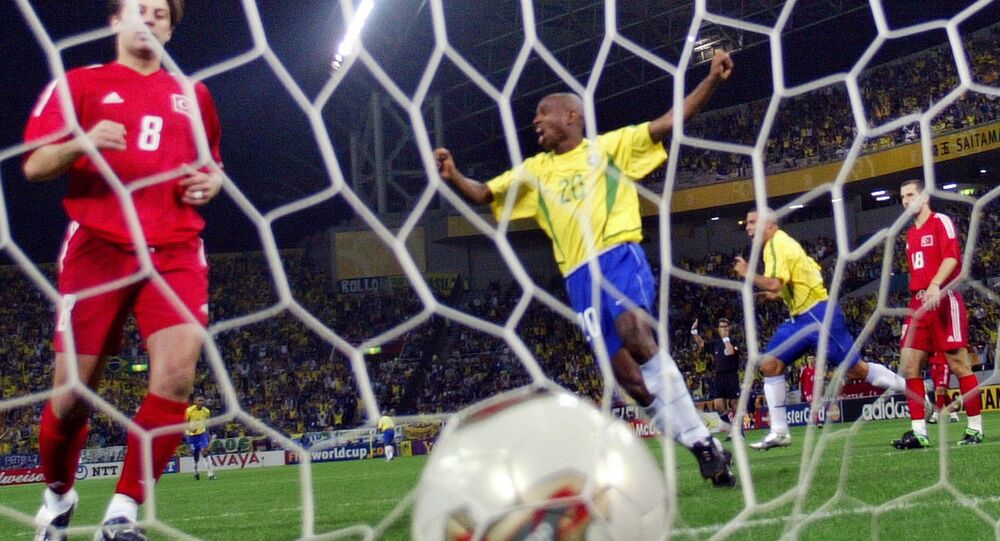 People continue to debate who's been the best footballer in the world over the past few decades, and, of course, football stars are all too ready to add their two cents.

Ex-Brazil forward Edilson, during an interview, has claimed that in his prime he was better than Lionel Messi, Cristiano Ronaldo, and Neymar - who are usually considered to be the best players in the world.

The 48-year-old football veteran played for Brazil during the historic final against Germany, winning the 2002 FIFA World Cup. In total, he scored 6 goals for the national team, including 4 in 2001, and 163 in his club career. Edilson was also awarded the best player of Brazilian Serie A in 1998.