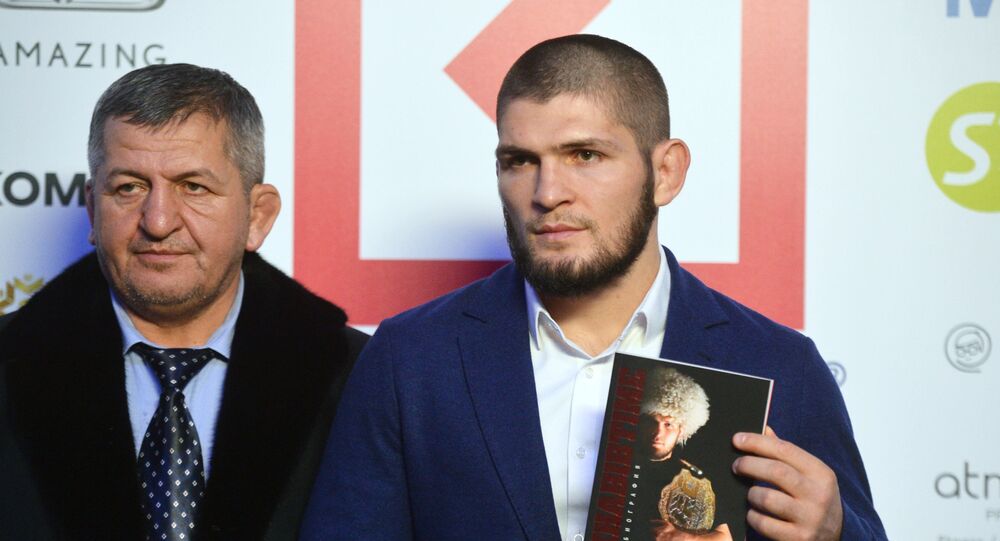 It was earlier reported that the father of Russian MMA champion of Dagestani origin Khabib Nurmagamedov, Abdulmanap, had sunk into a coma, several weeks after he was admitted to a hospital with suspected pneumonia.

UFC President Dana White has turned to Twitter to express his support to the father of Khabib Nurmagamedov, who has reportedly sunk into a coma.

Abdulmanap Nurmagomedov is a true martial artist who lives a life of pride, honor and respect. He instilled those same values in his son, world champion Khabib, at an early age and was always in his corner throughout his career. (1/2) pic.twitter.com/ELVPKoEhZF

Mr White continued by saying that he knew how close Khabib is with his father, adding that his thoughts were with the Nurmagomedov family.

Besides the UFC president, Khabib's "eternal rival," Irish MMA fighter Conor McGregor, has also expressed words of support towards Abdulmanap Nurmagamedov, pointing out his priceless contribution to the world of MMA.

Praying for the recovery of Abdulmanap Nurmagomedov. A man responsible for more World champions, across multiple fighting disciplines, than we even know.
A true martial genius!
Very saddened upon hearing this news tonight.
Praying for the Nurmagomedov family at this time 🙏 https://t.co/OVklQphPgN

Abdulmanap Nurmagamedov was admitted to a hospital on 25 April with suspected pneumonia. His family hasn't commented on his health conditions yet.