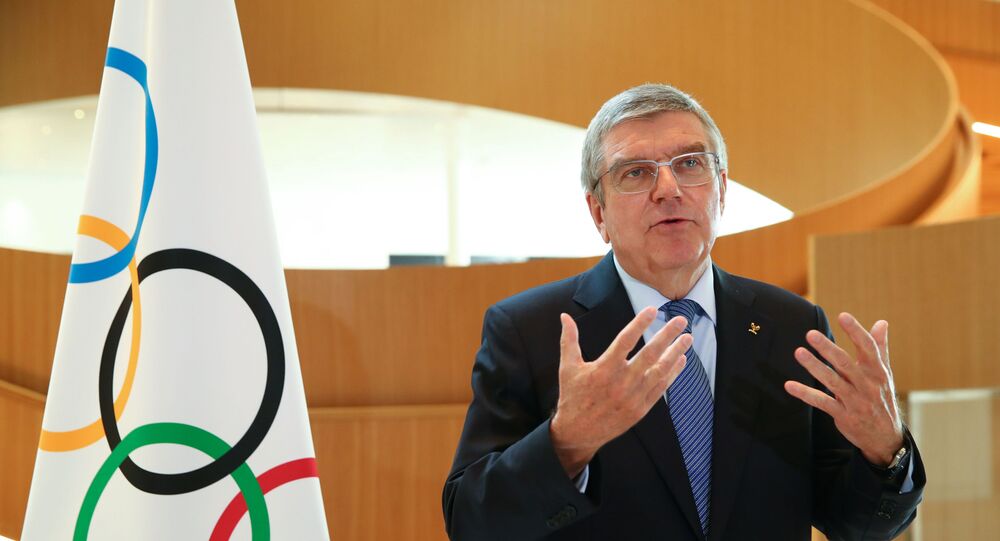 MOSCOW (Sputnik) - The postponement of the Tokyo Olympics to 2021 due to the global coronavirus pandemic will cost the International Olympic Committee (IOC) hundreds of millions of dollars, IOC President Thomas Bach said in an interview with the German Welt Am Sonntag newspaper, published on Sunday.

In late March, the IOC and the Tokyo 2020 Olympic Games Organizing Committee announced the new dates for the Summer Olympics and Paralympics. The Olympic Games will take place from 23 July to 8 August 2021, and the Paralympic Games from 24 August to 5 September 2021.

According to Bach, as quoted by the media outlet, at the moment it is difficult to accurately assess the costs associated with postponing the Olympics.

"For us, the IOC, it is already clear that we shall be faced with several hundred million dollars of additional costs," the official said.

Bach added that the IOC could not be blamed for indecisiveness or lack of transparency.

"In critical situations like this, you can’t expect universal support. You can’t satisfy everyone. The support that really counted was the trust that the Olympic Movement placed in its leadership," the newspaper quoted the IOC president as saying.

Bach went on to say that the committee's number one priority remained the well being of athletes and everyone else.

The Olympic Games have been canceled three times: the 1916 games in Berlin were not held because of World War I; and World War II resulted in the cancellation of the 1940 games in Tokyo and the 1944 Olympics in London.

Are Sex Workers a Driving Force Behind Many Corona Cases in Tokyo's Kabukicho District?