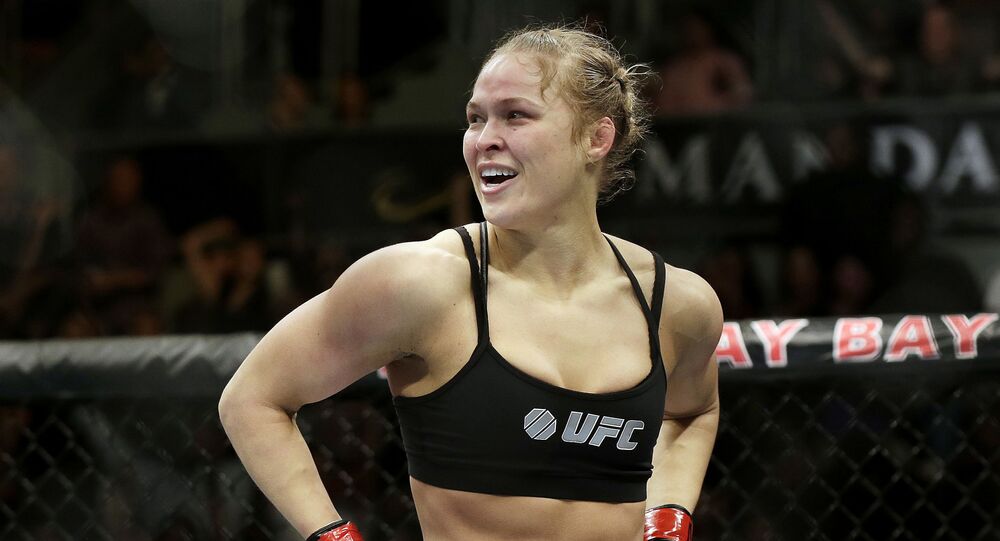 Former World Wrestling Entertainment (WWE) and United Fighting Championship (UFC) fighter Ronda Rousey criticised the contact sport earlier this week in an interview, describing the shows as "fake" as well as hitting out against some fans. She received significant backlash from current wrestlers and fans alike.

Ronda Rousey has been the recipient of threats of violence from wrestlers looking to fight the former WWE champion after she called the events "fake" and pointed out that matches were typically planned in advance.

While not denying that the wrestling championship is hard physical labor, she responded to threats from fighters on Saturday who noted that people would die if the shows were not choreographed.

Jax, who also held the WWE Raw Women's championship, hit out against the former UFC title holder, saying she can't wait for her to return to WW2, after observing that bout outcomes are determined before the match.

​Alexa Bliss attacked her former opponent verbally, citing a year-long injury the former had, as evidence that the events are not fake, sarcastically brushing off comments.

Hm. Was out for almost a year. Must have been “ fake” pic.twitter.com/lnLLAq3laT

​She was criticised by Raw regular Lana, who also cited physical trauma from the shows, saying that she has “NO WORDS for her audacity”, pointing to a series of injuries suffered by leading fighting stars.

I have NO WORDS for her audacity to save “fake fighting” !!!!!! If it’s fake why can’t @RealPaigeWWE & @TJWilson can’t wrestle anymore ?? If it is fake why couldn’t @EdgeRatedR wrestle for 11 years ???? This is a contact sport where REAL things happen! https://t.co/cYvGpTjmci

​Rousey's comments came from an interview on Friday with Jackass star Steve-O on his Wild Ride show. Rousey described her wrestling career as “fake fights for fun” and pointed out that the live performances were “just the best thing”. She described the contests as “live acting” and went on to note that the shows are one of “the last forms of live theater".

Fans have criticised the former wrestling star for her statement: "f*ck these fans", looking back on the end of her career prior to leaving the league while recalling her time as a wrestler since 2014.

2 minutes of Ronda Rousey:
- WWE is like a religion, but "closed off"
- You need a sherpa to understand it
- Chip on people's shoulders, fake whatevers
- Pro Wrestling training is like hazing
- Fake Fights For Fun
- Choreography
- F--k These Ungrateful Fans
- Fly Little Birds Fly pic.twitter.com/OHdXxjojjT

Some responded to the interview by calling her "fake".

Only thing that was ever fake was Rhonda herself. Fans only saw through her fake smile. 🍼🍼🍼🤡

Others suggested that she was not cut out for the sport, in spite of her many "wins."

If she couldn't handle the fans then she wasn't cut out for the sport. You can't be getting upset if fans don't cheer for you. #RondaRousey https://t.co/zxCjn96X6J

​Rousey ended her 231-day reign as champion of the league after an April 2019 loss, her first. She has since taken up acting, appearing in a 2019 version of Charlie’s Angels for the big screen.

Wrestling Kittens Battle Each Other in WWE’s WrestleMania Ring

Tyson Fury Gets Enraged, Restrained by Security After Being Mocked by Braun Strowman at WWE - Video