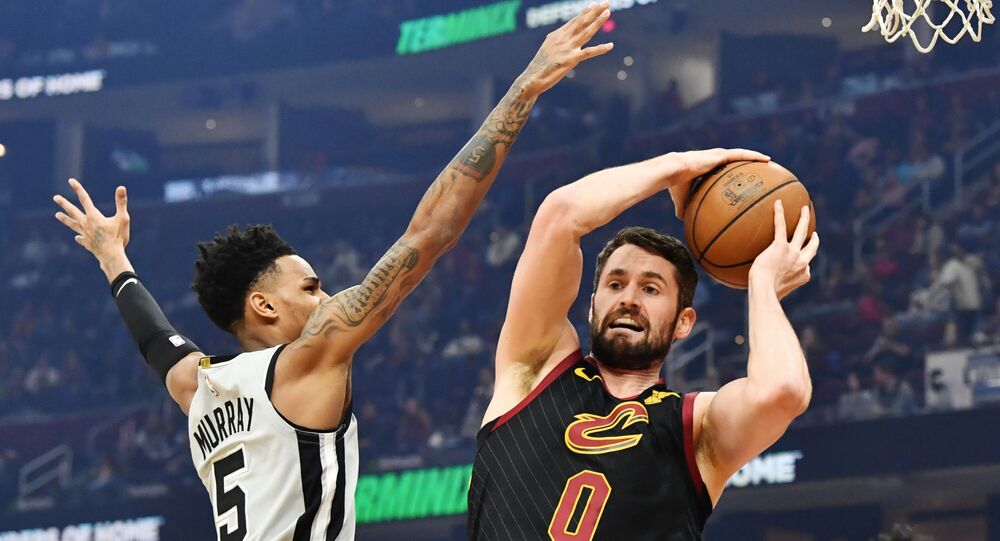 ‘How They Would Get By’: NBA Grants Players Full Salaries on 15 April Amid Games Halt – Report

On 11 March, the league suspended the current season due to the ongoing coronavirus pandemic, after Utah Jazz center player Rudy Gobert tested positive for the novel virus.

The National Basketball Association (NBA) has decided to pay players their full salaries on 15 April, although no games will have been played for more than a month by the payday due to the ongoing coronavirus (COVID-19) pandemic, according to an NBA memo seen by the Associated Press.

The virus outbreak in the United States will reportedly lead to the postponement or cancellation of 259 games in the regular season through April 15, which was expected to be the end of the regular season. None of the matches have yet been canceled.

Social media users reacted variously to reports of that the NBA would par players even though no games would be played. Many users argued that the players are not those in need amid the ongoing pandemic hitting the nation and the world.

“Thank god, I was really worried about how they would get by,” one user sarcastically tweeted.

Thank god, i was really worried about how they would get by.

Thank god millionaires are still getting their checks

A great many reactions on Twitter mocked the situation of the NBA stars getting 'free' money while being in self-isolation at home.

“I started a go fund me to help @JHarden13 put gas in his plane if anyone is interested,” another user joked.

I started a go fund me to help @JHarden13 put gas in his plane if anyone is interested.

I'm sure they're worried about their electric bill..

Earlier this week, NBA Commissioner Adam Silver said that the league leadership has not yet decided about the rest of the season, including whether games would resume or occur before May, according to the agency.

Revenue losses for team owners, event facilities and merchandise retailers are estimated to reach into the hundreds of millions of dollars, particularly is the season is shortened or cancelled.

Getting paid in full in April does not mean that things will stay the same for players in the next scheduled payment on 1 May, as no decision has yet been made on whether those payments will be affected by a short or cancelled season, according to AP.

Maybe they should collectively donate the money to people who need it more?

But the people who work in their arenas aren't getting paid at all.

Good... I was SOOOO worried about them. 🤪

Well how else are they going to financially survive?

The players the next time they see the owners pic.twitter.com/dN1U3vR8pT

🤣🤣🤣 right ?! Why is anyone worried about multimillionaires getting paid !?

Thank god, because majority of them live month to month with their salaries

Rookies when they finally get their money after spending it pic.twitter.com/7h6M3MtJHd