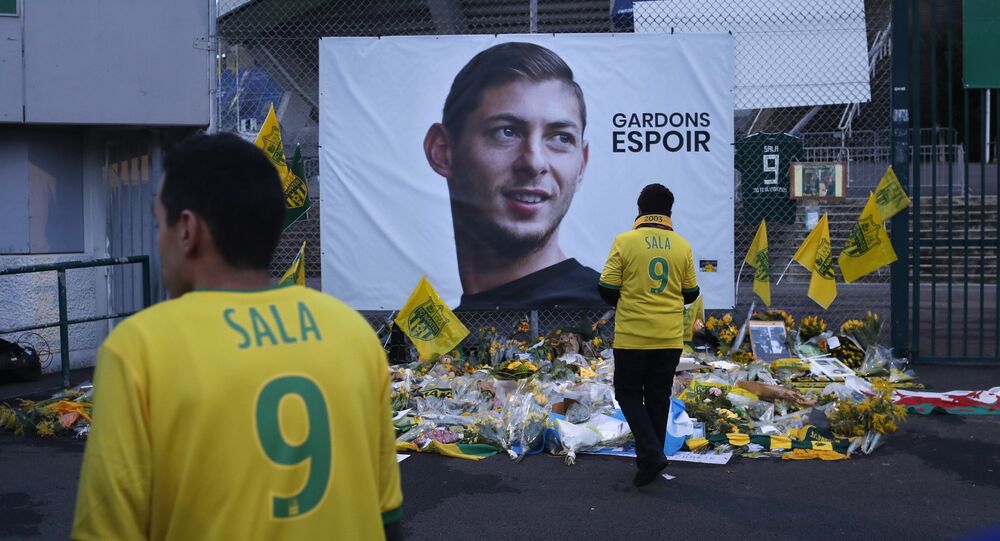 In January 2019 Cardiff City, facing relegation from the English Premier League, signed Argentinian striker Emiliano Sala but he was killed in a plane crash before he could play a game for the club. Harry Harris, who has written a new book about the affair, says there is a lot more to come out about Sala’s death.

Mr Harris, who spent a year investigating the affair as part of a team of Sunday Telegraph journalists, has now written a book - The Killing of Emiliano Sala - and he said: "It was clear there was serious foul play." 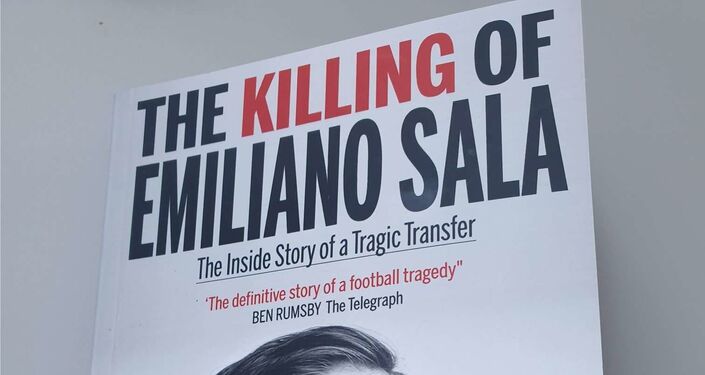 On 13 March the Air Accidents Investigation Branch published its final report into the mysterious death of Sala, who died in January 2019 when the Piper PA-46 Malibu aircraft he was in vanished as it crossed the English Channel.

The report found the pilot was probably overcome by carbon monoxide fumes, shortly before the plane plunged into the sea near Guernsey. It also confirmed Mr Ibbotson was not licensed to fly the plane at night or with a paying passenger.

​Mr Harris, speaking from Thailand’s Marriott Hotel & Spa in Merlin Beach, Phuket, said he believed Ibbotson agreed to fly the plane because he was short of money and he said there were numerous court orders against him for unpaid debts.

Mr Harris investigated the involvement of banned football agent, Willie McKay, in the £15 million transfer of Sala from Nantes to Cardiff.

​He said: "His involvement highlights the extraordinary Wild West of football agents and how FIFA, UEFA and the FA have washed their hands long ago about being capable of policing it."

Sala had earlier flown to Wales to sign a contract after being signed from Nantes for £15 million during the transfer window and was quoted on the club’s website as saying: “I’m very happy to be here. It gives me great pleasure and I can’t wait to start training, meet my new team-mates and get down to work.”

For those who’ve been asking why ex-agent Willie McKay - who is no longer registered - was involved in the Emiliano Sala deal at all, here was his explanation to me pic.twitter.com/POAkFlGtRj

​But in his book, Mr Harris unearthed WhatsApp messages Sala sent to his brother in which he said he felt he was being forced to join Cardiff - who were third from bottom and facing relegation - because Nantes wanted the cash.

Sala said of the £50,000 a week offer from Cardiff: “It is true that it is a good contract but from a football perspective it is not interesting for me.”

The Argentinian went on to say he had asked his own agent, Meissa N’Diaye, to get him a move to another club and said he felt under pressure from Frank Kita, son of Nantes’ owner Waldemar Kita.

Nantes owner Waldemar Kita will give club employees unlimited fully paid leave amid COVID-19 pandemic: "Everyone will receive their full salary. We will sort it out. People need to feel comfortable." (OF) https://t.co/7iHVvhj2e1

​Sala told his brother: "He wants to sell me to Cardiff because he has done a super negotiation, he will get the money he wants, eh? He wants me to go there, he hasn’t even asked what I want! All he cares about is money. So today we are like that. A complete mess."

Mr Harris also unearthed the contract between Nantes and a company run by Willie McKay’s son Mark, which promises them 10 percent of the transfer fee (£1.5 million).

Agent Mark McKay - who worked for Nantes in the transfer of Emiliano Sala to Cardiff - on whether there are lessons to be learned from the tragedy when it comes to the world of football intermediaries pic.twitter.com/KBDROVG3au

​The book also includes a an email which was sent to Sala by Willie McKay.

In it McKay says: “We are not interested in looking after your personal interests: finance, holidays. Baby-sitting is not our market. We do transfers - to this date, over 600 from Didier Drogba and (Nicolas) Anelka to (Dmitri) Payet, (Jean-Michael) Seri, (Andre-Frank) Anguissa.”

One year ago today, Emiliano Sala and David Ibbotson went missing after a plane crash in the English Channel.

​McKay - whose son Mark signed a contract with Nantes to find a British club who would buy Sala - goes on to admit to creating fake news stories about other Premier League clubs - Everton, West Ham and Fulham - being interested in signing Sala, in order to drive up the price Cardiff would pay.

The book also delves into the role of McKay’s usual pilot, David Henderson, who passed on the job of flying Sala to his friend, Ibbotson.

Mr Harris writes: "Why was Henderson, an experienced pilot who has ferried similar single-engined aircraft as far as California, not behind the controls on the fateful night? What qualifications did Henderson think his pal David Ibbotson had to be at the controls in his stead?"

NW at Emiliano Sala’s funeral in Argentina “Things like this don’t happen in football. I have been a manager nearly 40 years and I’ve never known anything like this. It has been so emotional. People say ‘he never played for you’ but he was my player. I chased him, I wanted him.” pic.twitter.com/7v57kGGYG3

​Cardiff City sued for negligence soon after the crash and said they would refuse to pay the transfer fee until liability had been proved.

They were ordered to pay the first instalment - six million euros (£5.3 million) - in September last year but in January they reportedly launched a lawsuit against Nantes, claiming the French club may be guilty of manslaughter and concealment of agent commissions.

Sala was flying from Nantes - where had said farewell to his former team-mates and manager Vahid Halilhodžić - to Cardiff when the plane crashed on 21 January.

The body of pilot David Ibbotson has never been found but in August last year the AAIB said both men - the only people on the single propeller plane - were thought to have been exposed to "potentially fatal" levels of carbon monoxide.

Cardiff City, without Sala’s goals, were relegated from the Premier League in May last year.

Harris said McKay and his son never got their 10 percent from the deal and explained: “Mark’s company had to facilitate the fee payments before they could collect their cut.”

Earlier this month Dorset Police, which is investigating the crash, said it would take no further action against a man arrested in North Yorkshire last year on suspicion of manslaughter in connection with Sala's death.

In the book, Mr Harris writes: “It is clear from all the evidence accrued following the crash that this tragedy was no an unfortunate accident but a series of preventable errors with a tragic ending.”