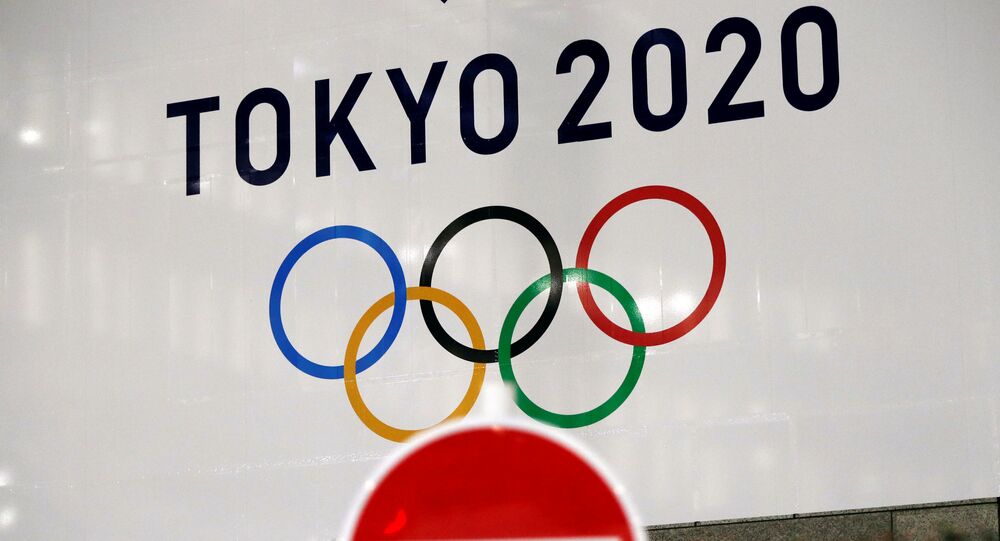 The Olympic Games in Tokyo is to be delayed for 12 months because of the coronavirus outbreak. But this is not the first crisis to hit the Olympics, since it was relaunched in 1896.

The President of the International Olympic Committee, Thomas Bach, and the Japanese Prime Minister Shinzo Abe have agreed to postpone this summer’s games until next year.

The pair spoke on the phone on Tuesday, 24 March, after both Britain and the United States had urged the IOC to call off the games because of the coronavirus outbreak, which is ravaging Europe and North America.

​It is the first time since 1940 the Games has been postponed but it is not the first crisis the Olympiad has faced.

The Olympic Games was first staged in ancient Greece in 776BC but they died out in 393AD, under the rule of the Roman Empire, which preferred gladiators and chariot races.

In 1896 the modern Olympic Games was held for the first time and was naturally staged in Athens.

Further games were held in Paris, London, Stockholm and the US city of St Louis.

​Berlin - the capital of the German Empire - was due to host the Olympiad in 1916 but it was cancelled when the First World War broke out in July 1914.

Twenty years later Berlin was finally given the honour to host the games.

Adolf Hitler was determined to make the Games an opportunity for Nazi propaganda and hoped it would be a showcase for his theories of Aryan supremacy.

Germany had already enacted anti-Semitic discrimination and the Jewish lobby in the United States urged Washington to boycott the Games in Berlin.

Judge Jeremiah Mahoney, president of the Amateur Athletics Union, the Mayor of New York, Fiorello LaGuardia, and the governors of New York and Massachusetts all supported a boycott but President Franklin D Roosevelt stayed silent on the issue and the American Olympic Committee agreed to take part.

Four years later the Games was due to be held in Tokyo, the capital of the Empire of Japan, which was a rising power economically and politically.

In 1937 the Sino-Japanese War broke out, after militarists used the Marco Polo Bridge Incident as an excuse to expand Japanese domination of China from their stronghold in Manchuria.

​In March 1938 Japan’s Army Minister Sugiyama Hajime said the Olympic Games would get in the way of the “successful conclusion of the China Incident” and Britain and the US called for a boycott because of Japanese aggression in China.

The IOC president Henri Baillet-Latour wanted the Games to go on and said he opposed the boycott “with the same arguments I used to fight the Jewish campaign in 1936.”

In May 1938 the Japanese withdrew as hosts and the IOC switched the venue to Helsinki.

But the Second World War broke out and the Games were called off even before the Winter War - between Finland and the Soviet Union - broke out in November 1939.

Helsinki eventually hosted the Games in 1952 and Tokyo staged the Olympiad in 1964.

When Melbourne won the right to host the Games in 1956 - narrowly pipping Buenos Aires - the IOC agreed they would let it take place from 22 November until 8 December so that it fitted in with the southern hemisphere summer.

But the delay would become problematic for the organisers when two political crises broke out in the autumn of 1956.

​First, on 23 October, anti-communist students in Hungary began rebelling against the Moscow-backed government in Budapest and Soviet tanks were soon on the streets crushing the uprising.

Athletes from the Netherlands, Switzerland, Cambodia and Spain - then ruled by right-wing dictator Francisco Franco - decided to boycott the Olympics because the Soviet Union was allowed to participate.

Then, on 29 October, the Suez crisis was triggered by a secret Anglo-French conspiracy with the Israelis against President Nasser’s Egypt.

Fighting broke out around the Suez Canal and Egypt, Iraq and Lebanon decided to boycott the Melbourne Games, refusing to compete alongside British, French and Israeli athletes.

China also stayed away from Melbourne, angered that Taiwan - officially known as the Republic of China - had been invited.

The unofficial highlight of the Games was a grudge match between Hungary and the Soviet Union in water polo, which was dubbed the “blood in the water” match after punches were thrown.

Mexico was not a controversial host and the 1968 games passed off with few incidents, but are notable because of one particular moment.

At the time the United States was riven by racial divisions and Martin Luther King had been assassinated in April, sparking riots in many cities.

The Black Panther Party was raising the consciousness of African-Americans and when Tommie Smith and John Carlos won the gold and bronze medals in the 200 metres final they decided to use the stage to send a political message to President Lyndon B. Johnson back home.

The silver medallist, Peter Norman, also wore an armband of the Olympic Project for Human Rights in sympathy with the plight of African-Americans and also Aboriginals in his native Australia.

Smith and Carlos were both ostracised by the US track and field community and would both later switch to the NFL.

In 1972 Germany - or West Germany - was to host the Olympics for the first time since the Nazi era and the Chancellor, Willy Brandt, was determined the Games should pass off without incident and show the world a liberal, friendly and fair-minded Germany.

But his plans were soon in ruins.

​On 5 September 1972 eight heavily armed Palestinian terrorists gained entry to the Olympic Village in Munich and, using stolen keys, gained entry to two apartments being used by the Israeli team.

The attackers were from Black September - named after a conflict between the Palestine Liberation Organisation (PLO) and Jordanian forces in 1970 - and they demanded the release of 234 Palestinian prisoners in Israel and the liberation of the leaders of West Germany’s Baader-Meinhof gang.

A tense siege developed and, after the Palestinians took their Israeli hostages by helicopter to a nearby airfield, the West Germans ambushed them and tried to rescue the athletes. But it was a disastrous failure.

Eleven Israelis - six coaches and five athletes - died, along with five of the terrorists and one West German police officer.

The Israelis reportedly tracked down and killed a number of Black September members who had organised the attack.

Four years after the Munich massacre, security was much tighter in Montreal, Canada.

But this time the problem was politics, rather than terrorism.

In the 1970s there was a growing campaign against apartheid in South Africa and one of the biggest battlefields was over sporting links with the regime in Pretoria.

​Rugby was very popular among Afrikaners, so the visit of New Zealand’s team - known as the All Blacks - in June 1976 was a coup for the apartheid regime.

African nations were furious because the New Zealand Prime Minister Rob Muldoon had given his blessing to the tour, despite the South African authorities gunning down 350 people during riots in Soweto that same month.

When the IOC refused to take action against New Zealand, 28 African countries boycotted the Games in Montreal, and were joined by Iraq.

By now using the Olympics as a vehicle for political action was becoming de rigeur and in 1980 the US led one of the biggest boycotts in the history of the Games.

The trigger was the Soviet Union’s decision to send troops into Afghanistan in December 1979, following an invitation of the communist government in Kabul which was battling Islamist mujahideen rebels.

The US government ordered the American Olympic Committee to boycott the Games in Moscow in the summer of 1980.

​Canada, West Germany, Israel and South Korea would join the boycott, as would a number of Muslim countries as well as would China.

The Moscow Games went ahead and was a big success, with Scotsman Allan Wells winning the 100 metres.

Considering the Cold War was at its height, it was no surprise when the Soviet Union retaliated for the Moscow boycott by deciding not to send a team to Los Angeles for the Games four years later.

The Soviet government, led by the ailing Konstantin Chernenko, said it feared for the safety of its athletes and issued a statement which said: “It is known from the very first days of preparations for the present Olympics the American administration has sought to set course at using the Games for its political aims. Chauvinistic sentiments and anti-Soviet hysteria are being whipped up in this country.”

US President Ronald Reagan replied, saying it was “a blatant political decision for which there was no real justification.”

East Germany, Cuba and 11 other communist countries joined the boycott, and in their absence the US won a record 83 gold medals.

Name the five US Olympic stars all from the Los Angeles 1984 Games🇺🇸 pic.twitter.com/iEPmFCjRQp

​Since 1984 the Games has been relatively free of political boycotts or demonstrations but in the run-up to the 2020 Olympics in Tokyo the IOC announced a complete ban on athletes making political, religious or ethnic protests.

IOC President Thomas Bach said: “The Olympics are not and must never be a platform to advance political or any other divisive ends. Our political neutrality is undermined whenever organizations or individuals attempt to use the Olympic Games as a stage for their own agendas, as legitimate as they may be.”