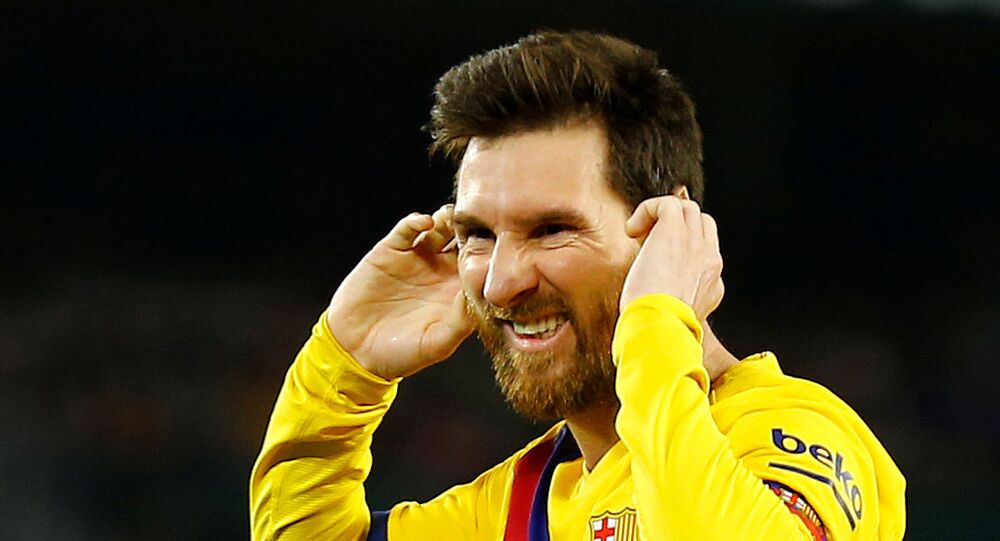 Barcelona defeated Real Sociedad 1 - 0 on Saturday, with Lionel Messi scoring a late final penalty to put them over the line after a contentious late VAR decision.

The Barcelona captain's conversion saw the home side take all three points. It was his 438th La Liga goal in his 474th appearance, edging out Ronaldo's 437 goals for Manchester United, Real Madrid, and Juventus.

​The record-setting goal however was highly contentious, and the referee Juan Martinez had to take a look at the pitch side monitors before awarding it.

The ball had hit Robin Le Normand's upper arm and after a review, Martinez determined that it had been in an unnatural position and awarded the penalty.

It was Messi's 24th goal of the season, and came at a time when Barcelona are eager to make a comeback in the La Liga title race after falling behind bitter rivals Real Madrid last week after losing 2-0 in El Clasico at the Bernabeu.

They are now in the lead ahead of Madrid's match against Real Betis on Sunday.

Ronaldo will have the chance to face Messi when Juventus go up against Inter Milan in Serie A at the Allianz Stadium in Turin Sunday evening should the game go ahead amid the coronavirus outbreak that is sweeping the country.

Messi and Ronaldo, considered among the world's current top players, have been in competition with one another for individual prizes and records for more than 10 years with Messi winning six Ballon d'Or crowns, while Ronaldo has five.

The two went up against each other consistently during the nine years that Ronaldo played at Real Madrid.

Will Lionel Messi and Cristiano Ronaldo be Tempted to Join David Beckham’s Revolution in Miami?