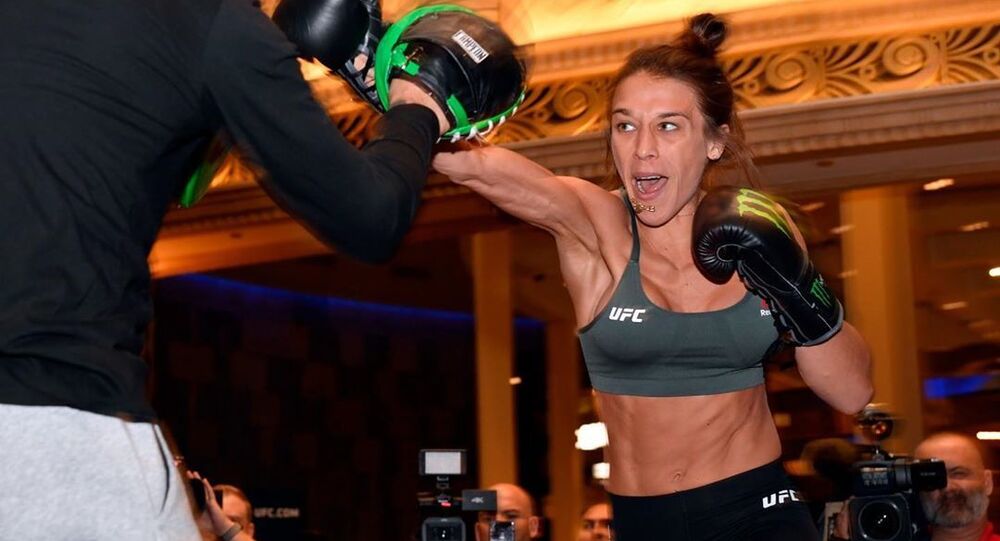 UFC Female Title Fight is in Jeopardy Due to… Big Breasts

A bout between Joanna Jedrzejczyk and Weili Zhang is scheduled for 7 March at the T-Mobile Arena in Las Vegas. Jedrzejczyk is looking to reclaim the title, which she held between 2015 and 2017, but she may run into problems even before the fight begins.

The UFC 248 female title event is potentially in jeopardy as one of the contestants may miss the weight due to breast augmentation surgery. Weili Zhang is reportedly concerned that her opponent Joanna Jedrzejczyk won’t be able to make the mark in the strawweight category, revealed Adam Hill, a member of the press covering the event.

​The 32-year-old is rumoured to have received breast enhancement last year. In October, she faced Michelle Waterson, whom she defeated via unanimous decision, but prior to the fight she struggled to make the weight and even proposed a catchweight bout, which her opponent turned down. In the end, Jedrzejczyk made the 116 lb limit.

Whether the former champion will be able to make the weight this time is unclear. However, it seems that her opponent, Weili Zhang, does not need to be worried. Zhang is on an impressive winning streak, as her last fight lasted 42 seconds when she knocked out her opponent Jessica Andrade. She is the first ever Chinese UFC champion.

The UFC 248 event will be headlined by a bout between Israel Adesanya, who will defend his title, and Yoel Romero.