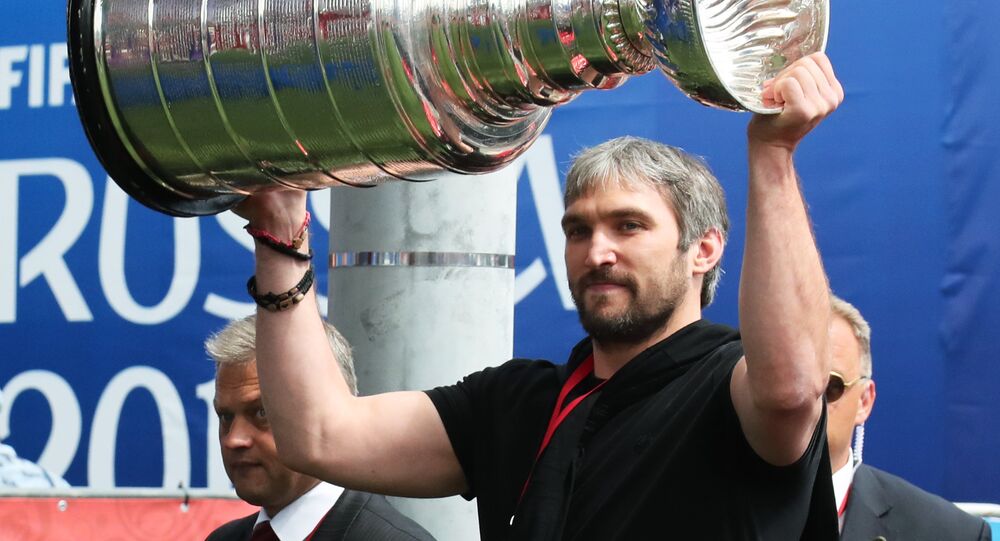 MOSCOW (Sputnik) - Tennis diva Maria Sharapova, who announced her retirement on Wednesday, and ice hockey star Alexander Ovechkin, who scored his 700th goal in the National Hockey League (NHL) on Saturday, were top earners among Russian athletes in the 2010s, both with nine-digit figures, the Forbes magazine said on Thursday.

According to Forbes' estimates, Sharapova pocketed $197.8 million from 2010-2019. This brought her career earnings to $325 million, of which just $38.8 million, or about 12 percent, was prize money. The winner of five Grand Slam tournaments earned the rest from advertising contracts.

The Washington Capitals' captain, Ovechkin, earned $136.9 million over the same period, much due to his then-record $124-million 13-year contract signed back in 2008. The tireless scorer is now negotiating a new deal with his club, as the current one expires next year.

The top 10 is generally dominated by hockey players. Evgeni Malkin is ranked third with $94.6 million earned in the past decade, Ilya Kovalchuk is tied-fourth with $72 million, Pavel Datsyuk sixth with $63.6 million, Alexander Radulov seventh with $58.5 million and Sergei Bobrovsky ninth with $44.4 million.

The only basketball player in the top 10, Timofey Mozgov, is tied-fourth with $72 million. The wealth of the 7-foot-1 giant was largely built on his $64 million contract with the Los Angeles Lakers signed in 2016, right after he became an NBA champion with the Cleveland Cavaliers.

The rating is based on the results of income received by athletes over the given period, including professional contracts, prize money and sponsorship deals. The figures, however, are not adjusted for taxes and agent fees and do not include income from business activities unrelated to sports.