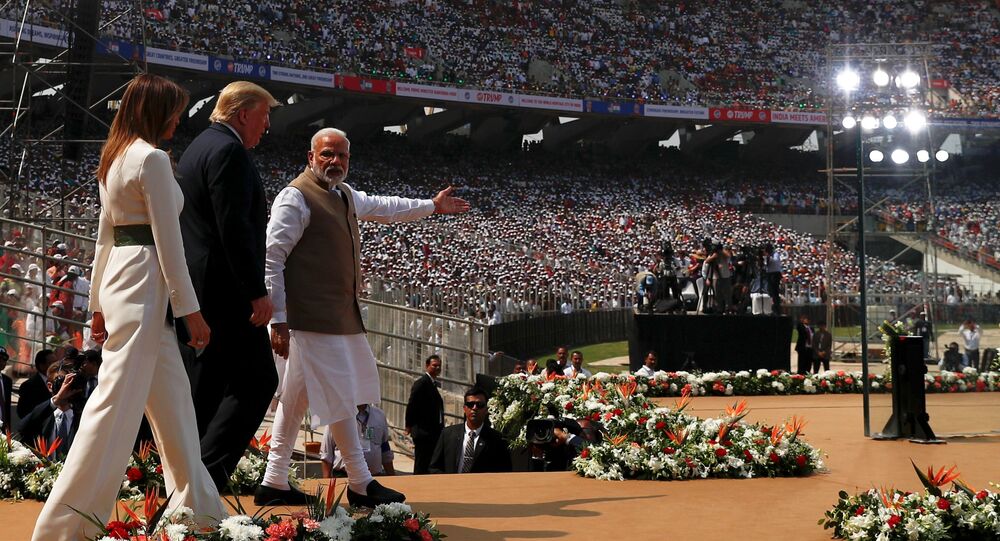 Sachin Tendulkar, who was born in Mumbai, is considered to be one of the world’s greatest batsmen. He was just 16 when he made his debut for India and he scored a record 15,921 runs in Test cricket before retiring in 2013.

Cricket fans on social media were in stitches on Monday, 24 February, after hearing US President Donald Trump pronounce the name of one of the sport’s most famous players.

Trump was reading a speech from a teleprompter at the brand new 110,000-seater Sardar Patel Stadium in Ahmedabad when he stumbled across the name of Sachin Tendulkar, who captained India to victory in the Cricket World Cup in 2011.

Something about Donald Trump's pronunciation of Sachin Tendulkar tells me he isn't a huge cricket fan pic.twitter.com/stFhq46MLx

​Trump overdid the pronunciation and it came out as “Soo-chin Tendlekerr” and prompted an immediate reaction on Twitter and other social media.

Since then, there have been 7️⃣ more double tons in the format. pic.twitter.com/FdrCZAGWpU

​His mangled rendition of the current captain of the Indian cricket team, Virat Kohli’s surname also produced fits of virtual laughter on the internet.

​A short while later his host, Indian Prime Minister Narendra Modi, accidentally retaliated by pronouncing the US President’s name as “Doland Trump”.

Sachin Tendulkar and Virat Kohli to you and me.

​Trump and the First Lady, Melania, are on their first state visit to India and one of his tasks was to be the guest of honour at the formal opening of the US$100 million stadium, which will be the biggest cricket venue in the world.

​Indians are obsessed with cricket and the new stadium in Gujarat - where Modi was chief minister until 2014 - is expected to host Test cricket but will not host an Indian Premier League team because the Gujarat Lions were banned after the team was linked to illegal betting.