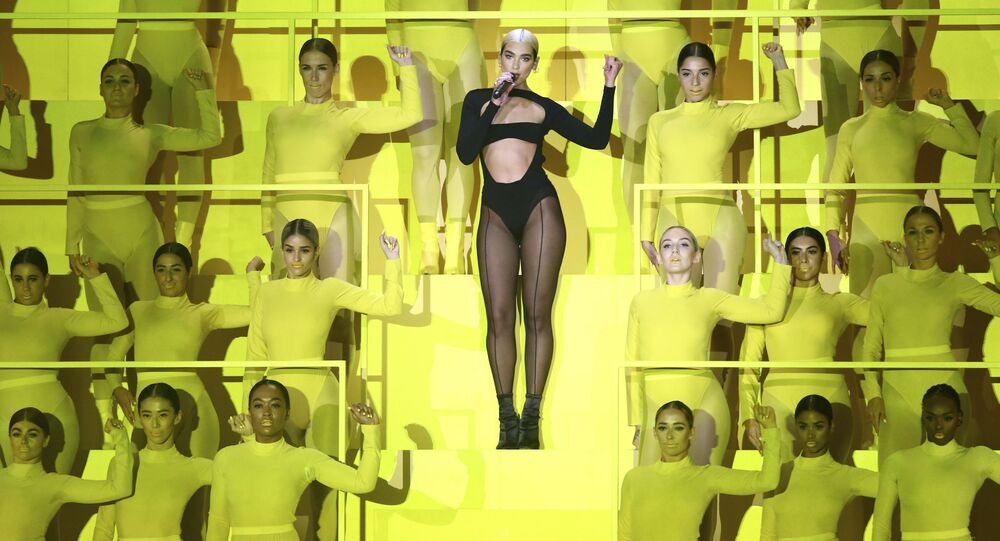 ‘I Had Never Played a Show of That Size Before’: Dua Lipa Sends Emotional Message to Liverpool Fans

Pop diva Dua Lipa has made a statement to Liverpool fans ahead of her return to the city later this year and reminisced about the Champions League final in Kiev in 2018.

Dua Lipa was given a warm welcome by the thousands of Liverpool fans gathered at Kiev's NSC Olimpiyskiy Stadium back in 2018 as she performed before the UEFA Champions League match between the Reds and Real Madrid.

Ahead of her return to Liverpool, Dua Lipa has shared a special message with the fans:

"I felt very honoured. I had never played a show of that size before. I don’t think I have since!” she said, as quoted by the Liverpoolfc.com.

"I get really nervous before I perform anywhere, let alone the Champions League final. I remember standing at the side of the pitch with my palms sweating waiting to run on and get into position,” she added.

The chart-topping singer also said that she would like to make the trip to Anfield to watch the Reds act.

"I'll definitely come to a game some time. My dad, who is a big Arsenal fan but has a soft spot for Liverpool, and my manager Ben, who is a big Liverpool fan, are working out when that can be,” Dua Lipa said.

Dua Lipa is on of the youngest solo singers; her YouTube video has more than a billion views. She is also the most popular performer among users of the music service Spotify. The London native, who was born to Kosovar immigrants, will release her album 'Future Nostalgia' in April before a world tour.