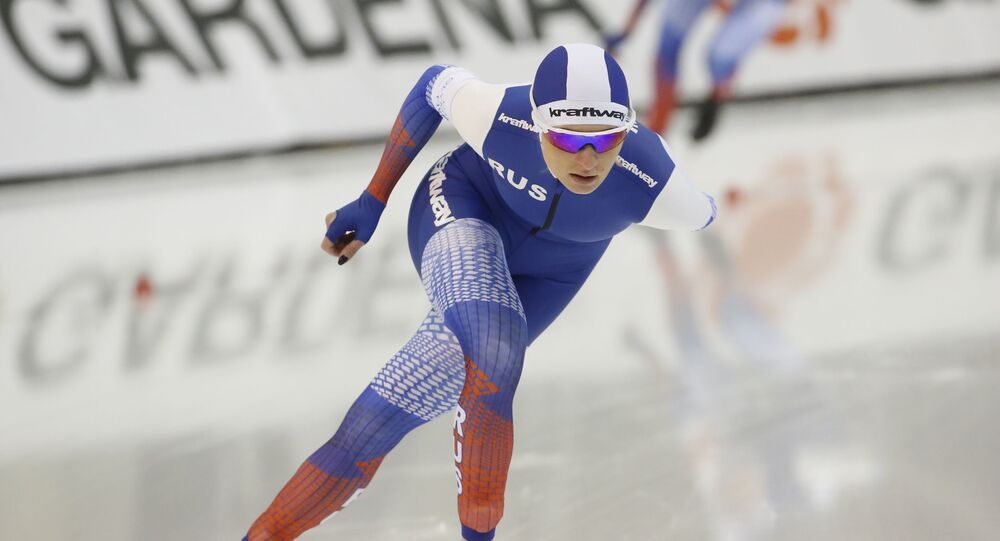 Voronina claimed the gold medal, followed by the Czech Republic's Martina Sablikova, who showed the second time of just over 6 minutes, 41 seconds. Sablikova broke a world record during an earlier race.

Voronina, a bronze medalist at the 2018 Olympics in the 5000 metre-race, did not claim any medals at the world and European Championships. During the Salt Lake City competition, she won the bronze in the 3000 metres.

Another Russian athlete, Elena Sokhryakova, came in tenth, showing a time of just over 6 minutes, 59 seconds.

© REUTERS / John Sibley
Russian Speed Skater Voronina Wins Bronze in Ladies 5000 Meters at 2018 Olympics
"It is difficult even to convey in words what we feel now, for all of those who support our speed skating sport. This is a unique achievement for modern Russia in long-distance speed skating. Natasha did something incredible. Incredible run, incredible result! These seconds cement her place in the history of speed skating, national speed skating. Natasha had some issues with sleeping before the season and still suffers somewhat from this issue. But what has happened now is inexpressible", Barysheva remarked.

Voronina earlier told journalists that her sleep issues had become, to some extent, a barrier in her career, interfering with her progress. She noted that insomnia significantly undermines the emotional mood before a tournament, and added that she consistently addresses the challenge.