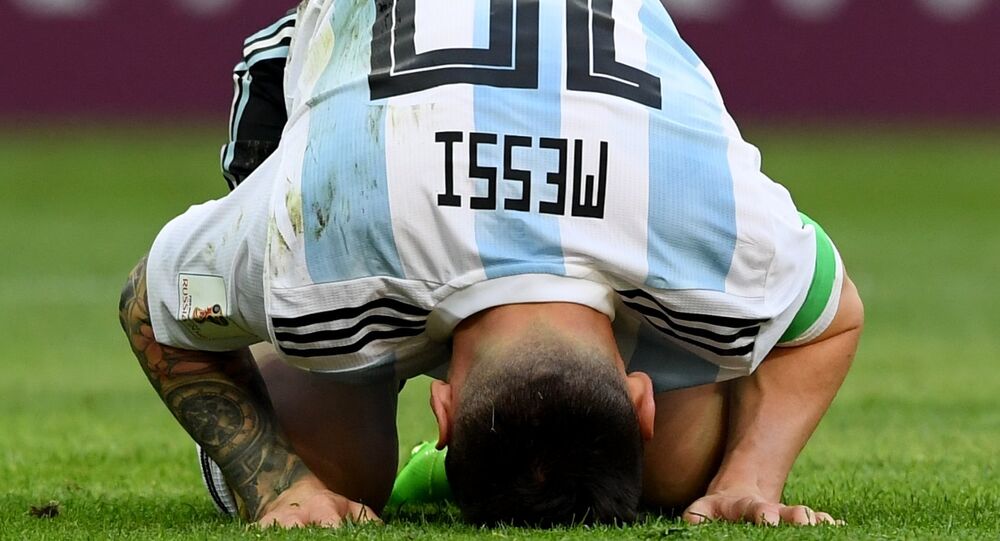 Argentinian forward Lionel Messi signed his last contract annex with FC Barcelona in 2017. His current deal runs through to next year, but reportedly includes a clause that could let him leave Barcelona in June.

Former Barca midfielder Emmanuel Petit has advised Manchester City not to sign Lionel Messi, alleging the Barcelona forward does not have the physical capacity to play in the Premier League.

"Honestly, I don’t think he’s suited to the intensity of England. He doesn’t like being closed down and being fought. In Spain, he’s protected. It would be a pleasure for English fans to see him but I don’t see why a club like Manchester City, for example, would move for Messi at 32 or 33", he told The Mirror.

Petit further elaborated that if Man City desired to buy Messi, "they should have tried to do it a couple of years ago".

"Messi is not Cristiano Ronaldo. Physically, he’s not the same machine. Ronaldo is a monster but, at 32, Messi has only one or two more years playing at the highest level. Even playing alongside great players at Barca, he won’t have the same pace or the dribbling ability", he stressed.

He also expressed confidence that Messi knows "the end is not far away".

The statement comes amid media speculation about Messi's potential move to Manchester City. According to reports, Man City is weighing the chances of signing the six-time Ballon d’Or winner this summer. The football star was reportedly "disillusioned" with the situation at FC Barcelona after a row with sporting director Eric Abidal.

Messi, 32, became a Barcelona member when he was 13. Rising up through the ranks of the FC Barcelona football academy, he broke into the main team at the age of 17.

The rivalry between fans of Portuguese forward Cristiano Ronaldo and Argentinian forward Lionel Messi has been going on for years. Having won a combined 11 FIFA Ballon d'Or awards (six for Messi and five for Ronaldo), they are widely regarded as two of the best players of their generation. They both played for two rival clubs, FC Barcelona and Real Madrid and are also the face of two rival sportswear manufacturers, Messi of Adidas and Ronaldo of Nike.