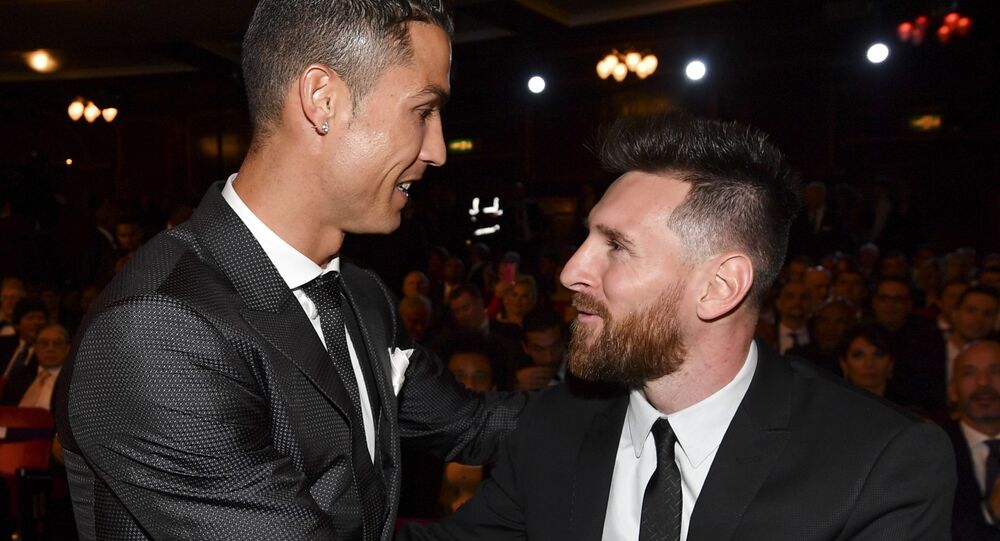 'Iconic Moment': Fans Excited as Reports Emerge that Ronaldo and Messi Could Play Together Next Year

In every sport, there is a debate about who the best players are: currently, "archrivals" Cristiano Ronaldo and Lionel Messi, of Juventus and Barcelona respectively, are widely believed to be the world's top footballers.

Football star Lionel Messi, who is a striker for the Catalan club FC Barcelona, may move to Juventus FC in Turin, Italy in the near future, according to Gazzetta dello Sport.

In addition to Juventus, Paris Saint-Germain, Manchester United and Inter Milan are said to be interested in getting Messi to join their clubs. However, it's noteworthy that his current contract with Barcelona is valid until 2021.

While the Barcelona ace hasn't commented on the reports, the news has excited football fans: if Messi chooses to join the Turin, Italy club, he will have to play alongside another famous footballer: his well-known Portuguese rival - Cristiano Ronaldo.

I can already imagine Messi and Ronaldo together, Juventus must make this happen.

I know there's a 0.01% chance, but this would be an iconic moment for football and sports. pic.twitter.com/rrgI2yrmKh

​Those two player go head to head in terms of goals, stats, achievements, abilities and much more.

It won't happen but imagine if Messi moved to Juventus and him and Ronaldo ran it back against Europe, winning every single trophy available for two or so seasons.

Man, what a way to finish.#dreams

The two have spent most of their careers battling it out to be named the greatest footballer of all time. In December last year, Ronaldo even encouraged the Argentinian ace to “accept the challenge” of leaving Barcelona and joining him in Italy. The latter, however, rejected the offer, saying that he was playing for the "best team in the world".