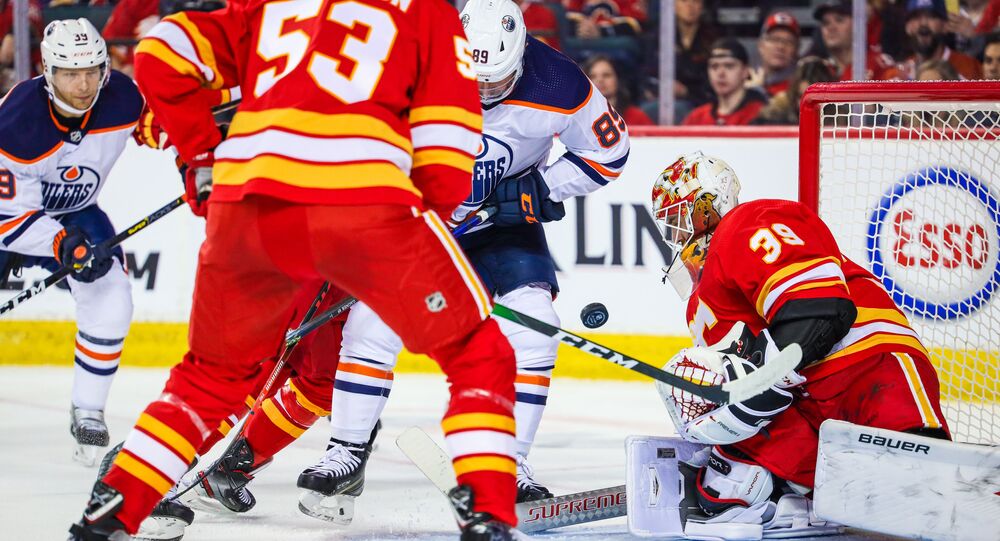 The Edmonton Oilers defeated the Calgary Flames 8-3 in a highly awaited Battle of Alberta at 10 p.m. ET on 1 February (3 a.m. GMT, 2 February) that more than lived up to the hype.

For the first time in the Battle of Alberta’s history a fight between goalies has taken place. The fisticuffs involved the Edmonton Oilers' Mike Smith and Calgary Flames' Cam Talbot.

The fight erupted with 24 seconds left in the second period when goalie Cam Talbot took exception to Sam Gagner poking at a loose puck.

A video of the fight has been published on YouTube and Twitter. It soon thereafter went viral with thousands of views and comments.

All hell breaks loose in the Battle of Alberta, including a goalie fight between Mike Smith and Cam Talbot pic.twitter.com/7YRcWnFbEx

​Netizens have noted the rarity of this incident and called it "wicked".

no idea how people watch this and still want fighting removed from hockey. nothing like a legit rivalry

Old time hockey ! got to love it !! pic.twitter.com/frrS5o4M0m

Strange rivalry to an American. I was a at B.O.A. game about 20 years ago, and I **** you not, there must have been a dozen legitimate fistfights in the CROWD that night. Never seen anything like it before, not since.

The Battle of Alberta is a term referred to the intense rivalry between the Canadian cities of Calgary, the province's most populated city, and Edmonton, the capital of the province of Alberta.

The last time a fight between goaltenders in the NHL occurred in November 2016. Then goalie of Vancouver Canucks Ryan Miller had a fight with Frederick Anderson from the Toronto Maple Leafs.