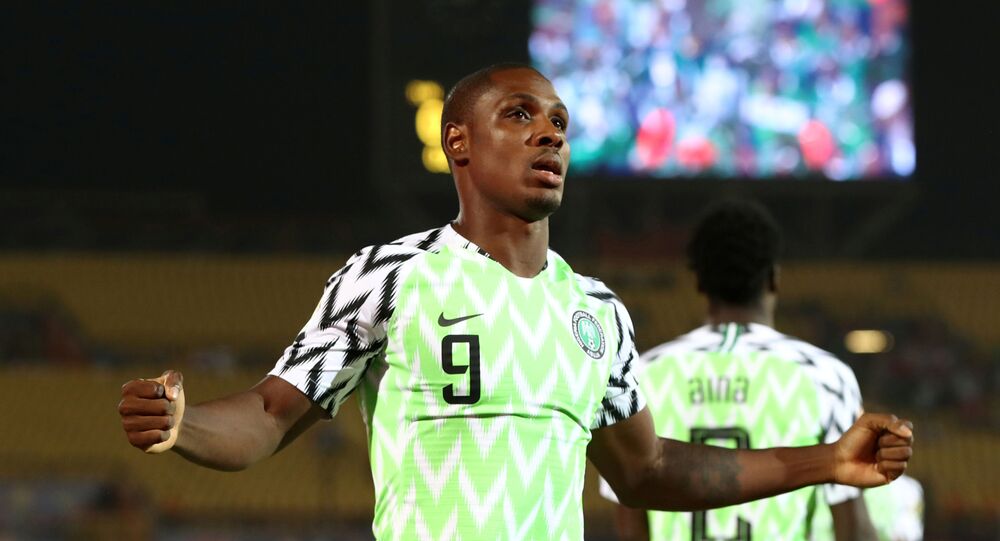 The Red Devils have reportedly been scouting various leagues for a new striker with head coach Ole Gunner Solskjaer trying to increase the team’s scoring ability due to the squad’s depleted roster. Man United are lacking up front because of an injury to Marcus Rashford who is forecast to be out until April.

The English club has landed Nigerian forward Odion Ighalo, 30, from the Chinese Super League club Shanghai Shenhua on a six-month loan, with an option to buy part of his deal.

✍ #MUFC can confirm that Odion Ighalo will join us on loan from Shanghai Shenhua until the end of the season.

​Ighalo has been playing in China since January 2017 after departing from Watford for a reported 20 million pounds ($26.29 million). Ighalo has a relatively solid Premier League record having scored 33 goals in 82 games for Watford.

A Nigerian international, Ighalo has scored 16 goals in 35 games for his country, including the 2018 World Cup in Russia.

The Red Devils currently sit five points behind the top four teams in the English Premier League, while struggling to get into the Champions League for the second season in a row.