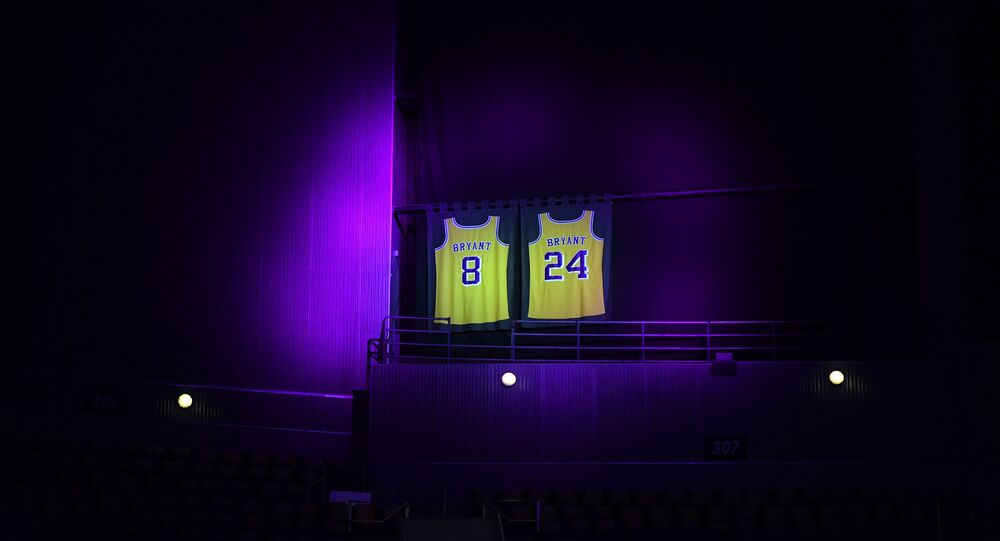 Lakers legend Kobe Bryant died along with his 13-year-old daughter Gianna Maria-Onore and seven others in a helicopter crash on 26 January in Calabasas, California. Sport fans across the globe are still heartbroken and mourning the devastating loss for the entire international basketball community.

The management of the Los Angeles Lakers is preparing an impressive tribute to Bryant during the team's upcoming NBA regular season game against the Portland Trail Blazers.

All of the stands in Staples Center will be decorated with Bryant jerseys that fans will be able to take with them for free after the game. The Lakers staffers have done a tedious and enormous amount of work to accurately placing 20,000 of the number 8 and number 24 Bryant jerseys around the sits of the arena.

Fans at tonight’s Lakers game against the Trail Blazers will receive these shirts to honor Kobe Bryant. One number for each side of Staples Center. pic.twitter.com/mmJ5wbSF9p

Apart from that, the Lakers will honor the Black Mamba by adding his two jersey numbers to the court design of his home club's arena, where he earned his five NBA Championship rings. The entire rosters of the Lakers and Blazers will wear a special jersey patch with the same design.

As the club's management is expected to see a massive turnout both inside and outside Staples Center, tickets for Friday's game against the Blazers are already skyrocketing in price. The cheapest ticket just to get into the arena hovers at around $800 as of this article's publishing.

The Lakers were scheduled to face the LA Clippers on Tuesday, but the NBA granted the Lakers' request to postpone the game as the club grieved.

Kobe Bryant is survived by his wife Vanessa Laine Bryant and three daughters Natalia, 17, Bianka, 3, and Capri, an infant.