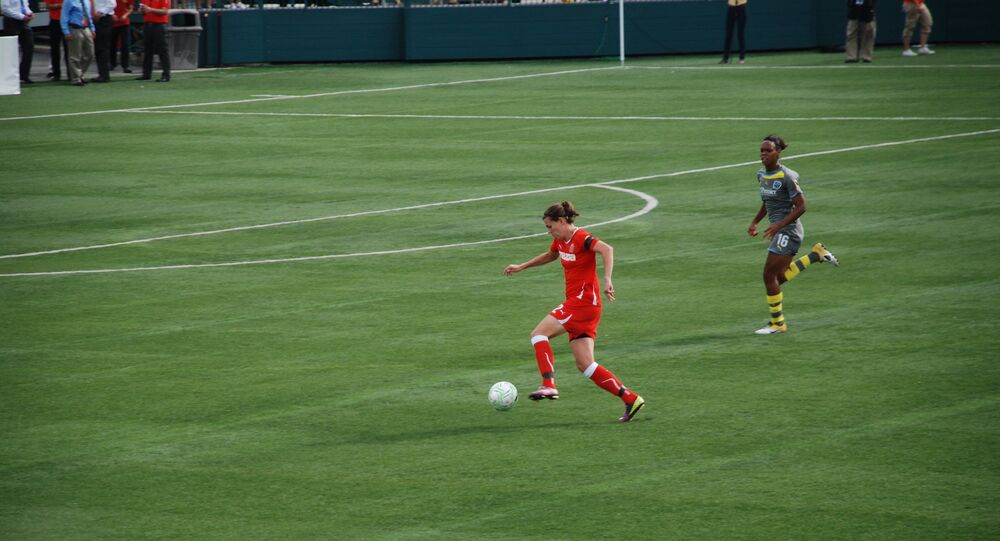 Christine Sinclair, 36, longtime captain of Canada's national team - who also plays for the Portland Thorns in the National Women's Soccer League - scored two goals in an Olympic qualifying match against St. Kitts and Nevis on Wednesday in Texas.

Sinclair, who is reportedly appearing at her 290th international tournament, has now reached 185 goals in her international career, breaking a record previously held by American player Abby Wambach.

🍁 @sincy12 has just made history, surpassing Abby Wambach's All Time International Scoring Record, marking her 185th goal for her country.

​Sinclair scored her historic goal in the 23rd minute of the game, after tying her record with a penalty in the seventh minute.

In addition to Saint Kitts and Nevis, Canada's group for Olympic qualifying includes Jamaica and Mexico.

If Canada bests te group, it will play then in the semifinals in Carson, California, on 7 February. The opposite group, which includes the United States, Costa Rica, Haiti and Panama, is playing matches in Houston.

The top two seeds in the tournament will qualify for the Olympics in Tokyo this summer.