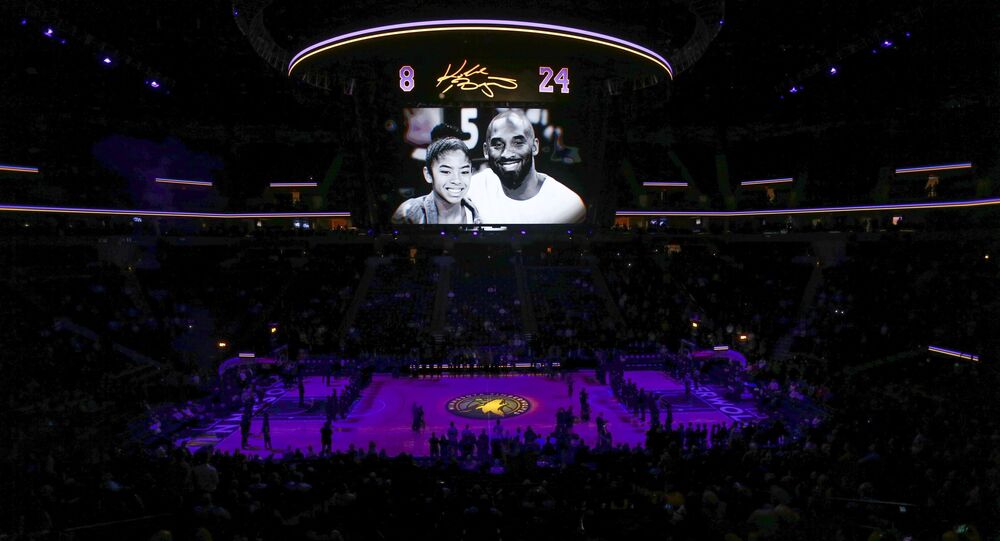 The petition to change the NBA logo in order to honour the memory of Kobe Bryant has already garnered over 1.6 million signatures, although it remains to be seen whether the sports organisation will go along with this request or not.

As people around the world pay tribute to basketball legend Kobe Bryant, who perished along with his daughter and seven other people in a helicopter crash on 26 January, a considerable number of fans now seek to convince the National Basketball Association to alter its logo.

A new petition recently created on Change.org now calls on the NBA to "immortalise" Kobe "forever" by adding changing the league’s logo, with a number of social media users echoing the call.

There is no argument; Kobe Bryant needs to be the logo.

NBA logo HAS to be Kobe Bryant

Earlier this week, the mayor of the Italian city of Reggio Emilia announced that one of the squares there will be named in honour of Kobe.

An 18-time NBA All-Star, five-time NBA champion and two-time Olympic champion, Kobe Bryant was killed along with his daughter and seven other people in a helicopter crash in Calabasas, California on 26 January.