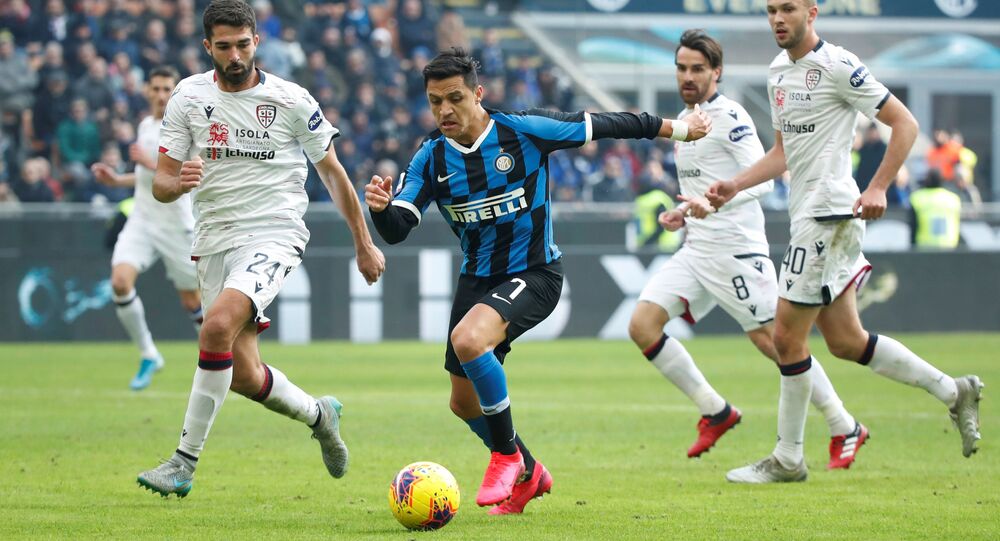 Chilean striker Alexis Sanchez, 31, is currently playing on a loan agreement for Inter Milan. The Italian club has, however, reportedly not optioned to acquire him and the former Barcelona star may pursue his football career with Manchester United, starting this summer.

According to media reports, the British side is seeking a way to prevent Sanchez from securing a permanent contract with the Italian or any other club, thus enabling chances for the prominent football player to revive his apparently declining career with the Red Devils.

Sanchez is expected to travel with the Reds on their preseason tour, as the team will try to integrate the Chilean forward into their main roster, according to The Daily Mail.

Sanchez joined Manchester United two years ago in a deal that saw Armenian midfielder Henrikh Mkhitaryan, 31, move to Arsenal. The swap reportedly allowed Sanchez to earn £500,000-a-week ($653,000). Sanchez was then criticized for controversial plays among the ranks of the Red Devils, and scored only five goals in 45 games for Manchester United.

© AFP 2019 / BEN STANSALL
With Time Running Out, Manchester United Agree £80 Mln Deal for England’s Harry Maguire
According to the media report, Sanchez will keep his No. 7 Jersey and will have two years remaining on his contract at Old Trafford, starting this summer.

Manchester United gave Sanchez another chance reportedly because the British club does not have enough wingers on their roster, and the Chilean striker could fill this gap.

Sanchez has struggled with injuries since his temporary relocation to Milan, when he had scored only once in six appearances on the field for the Italian club.