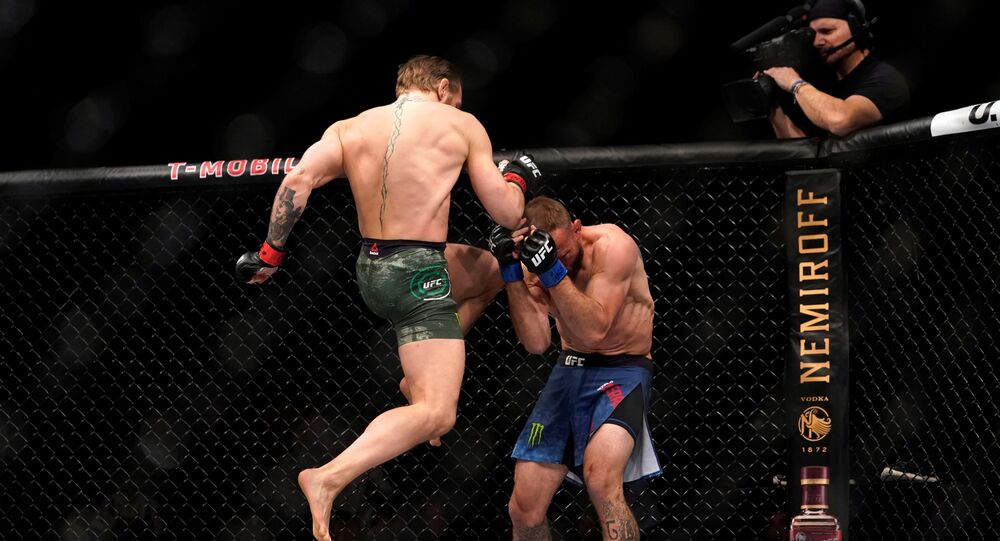 During the UFC 246 bout in Las Vegas last Saturday, it took Conor McGregor just 40 seconds to knock out his rival who suffered a broken nose and then ended up being slapped with a six-month medical suspension from fighting.

The father of Russian MMA fighter Khabib Nurmagomedov has claimed that the fair play principle was violated in last week’s fight between Conor “The Notorious” McGregor and Donald “Cowboy” Cerrone at the UFC 246 Fight Night event.

“Don’t you suspect it yourself that it was a fixed fight? I think it was a hoax rather than a bout. We saw before how Cerrone can fight”, Abdulmanap Nurmagomedov told the Russian sports website Championat.com on Thursday.

He claimed that “it did not even look like a fight”, suggesting that the UFC had to get Conor McGregor back into the octagon after the fighter announced his retirement from mixed martial arts in March 2019.

“So how could the UFC fulfil its plan? They needed McGregor’s victory”, Abdulmanap Nurmagomedov added.

The remarks come after he described the McGregor-Cerrone encounter as a “good fight”, at the same time questioning Conor’s choice of opponent who was destroyed a mere 40 seconds after the bout began and was then slapped with a six-month medical suspension from fighting due to a broken nose and a mildly fractured orbital bone.

The bout, though, earned the "fight of the night" prize from UFC head Dana White who went further by suggesting that McGregor’s next pick might be a long-desired rematch with Khabib Nurmagomedov.

Khabib’s father, for his part, responded by saying that such a fight will only happen if his son receives $100 million for it and it takes place after Khabib's bout against Tony Ferguson on 18 April.

Khabib and Conor last met in the octagon in October 2018, when Nurmagomedov managed to defend his lightweight title, in a victory that was partly tarnished by a post-fight melee Khabib initiated with members of the Irishman's team.