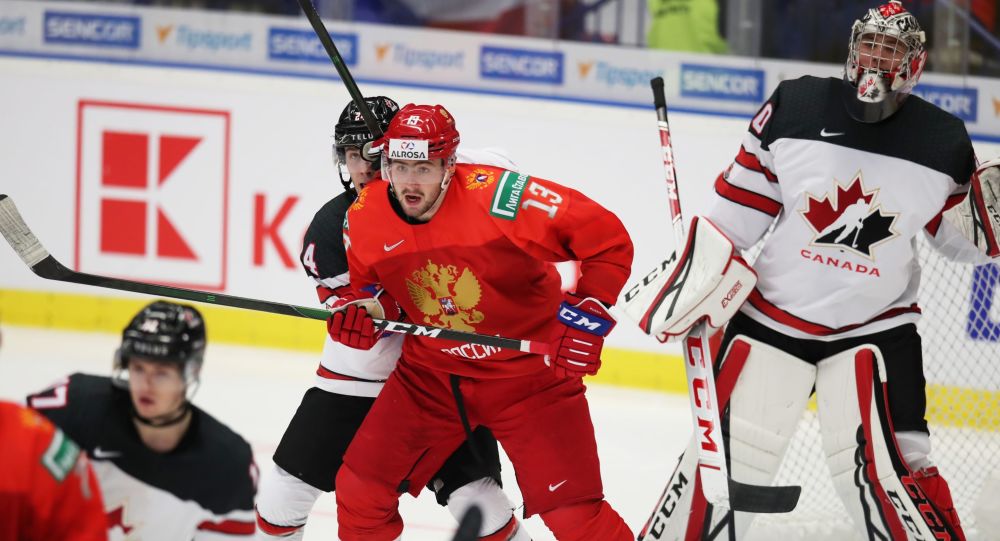 The traditionally strong Canadian team faced an unprecedented upset in their matchup against Russia at the ongoing 2020 IIHF World Juniors Championships in the Czech Republic on Saturday.

Canadian Juniors captain Barrett Hayton has issued an apology for failing to remove his helmet during Saturday’s 6-0 loss against Russia, saying he was disoriented by his team’s loss.

“I’m sorry for leaving my helmet on for the Russian anthem following today’s game and I apologize to the Russian team and its fans. As a leader of this team, I was trying to process the game and evaluate how we can regroup. I was lost in the moment", Hayton explained in a statement tweeted by Hockey Canada.

The team captain stressed that he meant no disrespect, adding that his “mistake should not detract from [Russia’s] win".

After the game and during the anthem ceremony, Russian players complained that Hayton did not remove his helmet as is customary, and then refused to shake hands with him during the handshake lineup.

Barrett Hayton didn't remove his helmet for the Russian anthem and Russia's players were not pleased about it 😬 pic.twitter.com/thv5tCj82F

Online, fans were divided over the significance of the incident, with some claiming it was a case of much ado about nothing, while others argued that Russia had a legitimate beef.

As it should be
An act of disrespect

His teammates should have helped him have clarity in the moment. It is on all of them, including the coaching staff.

It would be nicer if he was just honest about being sore af he got spanked by Russia.

Canada suffered its biggest ever defeat against a Russian team on Saturday, failing to score any goals as Russia racked up six goals during the first and second periods of the game. The blowout was Canada’s worst-ever performance against Russia or the USSR, outdoing the 1989 7:2 loss by Canada’s juniors to the Soviets.

The Russian Juniors defeated Canada after losing to the Czechs 4-3 on Thursday. The team will face off against the United States Sunday. Canada thrashed the US 6-4 in its first game Thursday, and now moves on to face the Czech Republic. Playoffs will begin in the New Year.