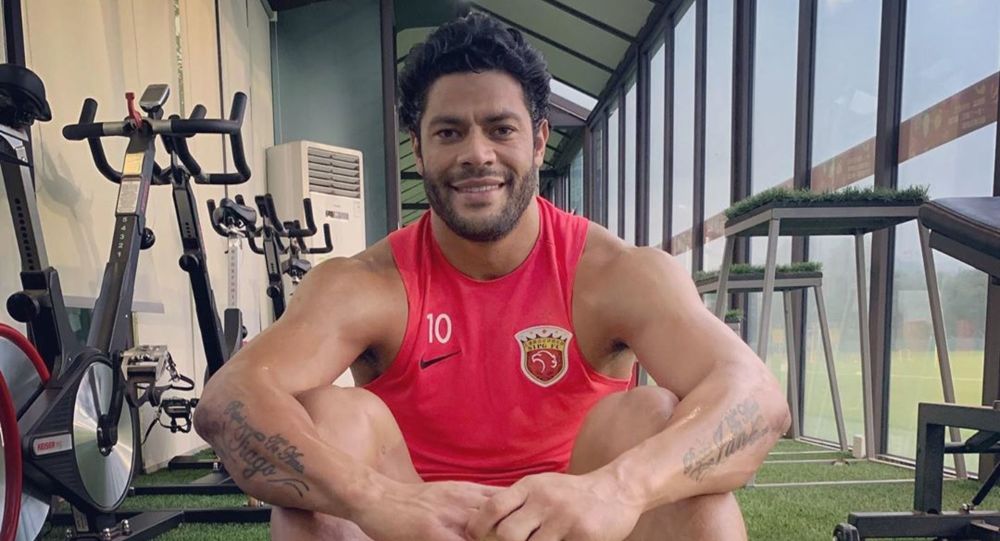 Hulk’s brightest stint came with Porto, where he won Europe’s second most prestigious club competition; he is now playing in China. His new girlfriend is rumoured to be the “favourite niece” of his ex-wife, with whom he split in July.

A press advisor for the former Brazil international confirmed the news to the website with his approval.

In his words, Hulk told his family and children about the affair last Saturday and informed Camila’s family on the same day. The two allegedly started dating in October.

“It was Hulk himself who made the information public because he does not need to hide. His position is transparent", the advisor was quoted as saing. “Remember that Hulk’s marriage ended in July. Camila had also been separated for many months".

Hulk (real name: Givanildo Vieira de Sousa) had been married to Iran Ângelo de Souza for 12 years. They have three children together: two sons aged ten and eight, and a six-year-old daughter.

Camila, 31, is said to be Iran’s favourite niece. Per UOL, the two had frequently posted pictures of themselves together on Instagram with mutual “declarations of love". Iran’s account is currently private, while Camila reportedly deleted hers outright (the advisor claimed she never had one).

The advisor stated that the decision to announce the news about the separation was taken by common agreement between Hulk and Iran.

That claim was questioned after Iran issued a statement criticising the footballer for exposing the details of their private life to the media.

“[Iran] deeply regrets that Mr Hulk, not satisfied in having caused the downfall of a marriage of more than 12 years, did not respect the pain of the one who always devoted love, affection, respect and consideration to him", read the statement.

Hulk, 33, became one of Europe’s most sought-after strikers during his stint in Portugal with Porto between 2008 and 2012, where he won the national championship four times and lifted the UEFA Europe League trophy in 2011.

He went on to join Zenit Saint Petersburg, where he quickly became one of the most loved players, and left for Shanghai SIPG in 2016.