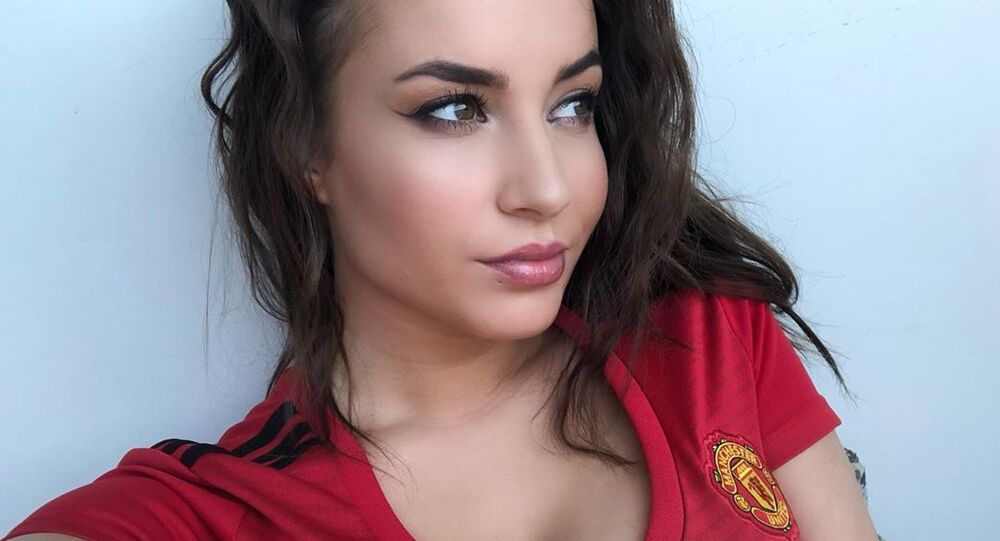 Katrina Maria, the Denmark-based Manchester United aficionado, shot to fame in 2017 after photos of her wearing the club’s shirts began doing the rounds on social media.

It’s been an underwhelming season for Manchester United supporters so far, but now, there's at least one thing to bring them some joy next year.

Katrina Maria, a model from the Faroe Islands and an avid fan of the Red Devils, has unveiled a risqué 2020 wall calendar.

It comes in two formats, Standard ($26) and XL ($31), and features Katrina in varying degrees of nudity. Photos of the model are accompanied by quotes relating to the city of Manchester and the club, including by its notable players and coaches such as Cristiano Ronaldo and Alex Ferguson.

Katrina Maria, 27, now resides in Copenhagen but her heart belongs to Old Trafford. Dubbed by British media as the club’s “sexiest” fan, Katrina has become popular among Old Trafford frequenters in the past two years due to her photos in the club’s shirts and has since amassed close to 70,000 followers.

She told the Daily Star: “I started the Instagram, I just posted pictures of myself and it went crazy. In the beginning, they were just pictures in my Man Utd shirts, so I didn't expect anything like it.”

“I have so many Utd shirts, I wear the shirts on a daily basis, it is not just for the pictures, it is something that I just wear a lot.”

Katrina explained that she made the calendar because her fans wanted to have something that they could touch.

“So I decided that maybe a calendar was a good idea, but I’m definitely going to do more products in 2020, I would like to do T-shirts and posters, stuff like that, because my followers really want it”.

With 28 points after 19 games, Manchester United is currently seventh on the Premier League table, trailing one point behind Sheffield United and 24 points behind leaders Liverpool. In a one-sided Boxing Day game on Thursday, the club hammered Newcastle United 4-1 at Old Trafford.

Katrina said she expects Manchester United to finish in the top four by the end of the season and qualify for the Champions League.

“I'm always expecting a lot, and I think we are going to buy some new players in January, I’m hoping, because we do need some,” she predicted.