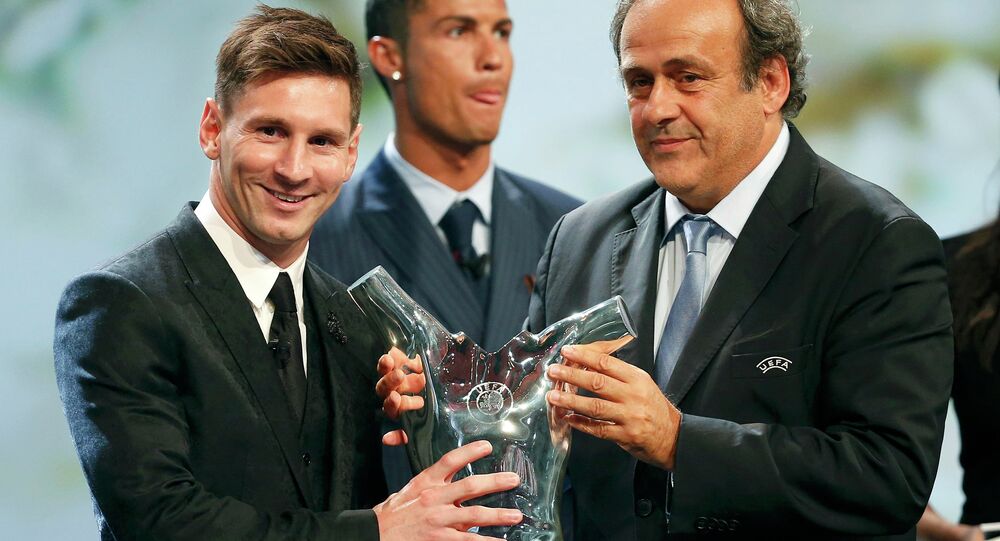 Both players end this year on different notes – Messi helped his side beat Deportivo Alaves and set a new record, while Ronaldo couldn’t tip the scales in favor of Juventus as his team lost 1-3 to Lazio in Serie’s A Super Cup.

The debate on which of the football stars is better has been going on for years. As we are in the final days of the year and decade, we decided to untie this Gordian knot using the most simple means – statistics.

This year Messi has again set a record netting 50 plus goals. The 32-year-old showed this impressive performance for the sixth consecutive year and the ninth time this decade. His average goal rate is 52.
Ronaldo, who is 2 years older than his rival, has scored almost 50 goals this year, with his average standing at 48 goals per year.

Now, these numbers are impressive, to put it mildly. In comparison, another football star, Liverpool’s striker Mohamed Salah scored 40 goals this year. Messi’s best year was in 2012 when netted an incredible 79 goals for Barcelona. Ronaldo outshined everyone in 2013 when he scored 59 goals for Real Madrid.

International goals
Messi 57 – 77 Ronaldo
While Messi has had more success with his club, Ronaldo showed brilliant performance on the international arena, netting 20 goals more than his rival. The 34-year-old also has several international trophies.

Club Trophies
Lionel Messi 23 –17 Ronaldo
Talking about this achievement one risks starting a new debate – which trophy is more important – domestic titles or victories in international tournaments such as Champions League and Europa League.
Messi won 23 trophies with Barcelona, including seven La Liga titles. Ronaldo won two La Liga titles with Real Madrid and one with Juventus, however, the 34-year-old has surpassed Messi when it comes to the Champions League, winning the tournament an impressive four times.

International trophies
This is where the Portuguese player wins a landslide victory. He led his national team to gold medals in 2016 European Championship and 2019 UEFA Nations League. Messi’s time with the international team is quite rocky and in 2016 he even announced he would retire from international competition, only to reverse it and lead Argentina to the 2018 World Cup in Russia, where he suffered his third finals loss this decade. In 2014 his side lost to Germany in the World Cup and in 2015 and 2016 in the Copa America.

Ballon d’Or trophies
Well, here everything is simple. The Argentinian leads with a score 6-4.