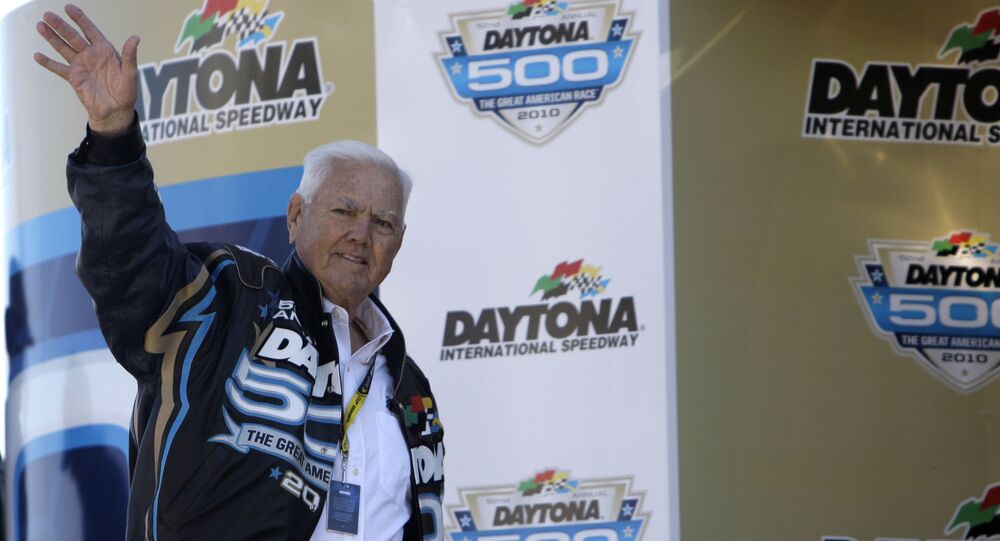 Johnson "was inducted into the NASCAR Hall of Fame in its inaugural Class of 2010. He won 50 races in NASCAR’s top division — the most of any driver without a championship — and added 132 victories and six championships as a successful team owner for many legends of the sport", the statement said.

Johnson, a NASCAR legend, honed his aggressive daredevil driving style long before he emerged in the national racing tournament as a professional sport driver, hauling illegal alcohol at high speeds through his home state of North Carolina in his youth.

According to NASCAR, the honored hall-of-famer was never caught by police on the open road but was convicted of moonshining - illegal alcohol manufacture - in 1956. Three years earlier he had made his first big appearance in NASCAR’s top division, at Darlington Raceway. At the time he finished 38th in the 59-car field but onlookers were stunned by his mercilessly aggressive racing style.

Johnson's first victory was recorded in 1955. In the late '50s and 1960s, Johnson's image grew as a formidable NASCAR driver due to a  fierce attitude toward opponents. In 1960, he triumphed at Daytona 500, cementing his name in the history of US national racing sport.

Screenshot/ Scott Reis
NASCAR's Dale Earnhardt Jr., Wife Okay After Fiery Plane Crash (Video, Photos)
That historic race also forged the now-common 'drafting' tactic by NASCAR drivers, said to have been invented - or at least popularized - by Johnson. At the time, he learned and developed the skill of using the aerodynamic push and pull created by air surrounding nearby vehicles racing at high speed.

According to his stats, Johnson's best season came in his final campaign in 1965, when he took 13 first places in 36 starts.

After retiring, Johnson stayed with NASCAR for three more decades as a team owner.

Notably, Johnson presented his moonshine still - that green-lighted his epic racing career - as an exhibit for the NASCAR museum’s Heritage Speedway section.