NBA scoring machine for the Houston Rockets James Harden has generated parallels between himself and soccer superstar Cristiano Ronaldo for his ruthless scoring, as Harden leads the league with 38.0 points per game.

Houston Rockets’ superstar James Harden displayed top form against the Cleveland Cavaliers as he notched a sensational 55 points in the Rockets’ 116-110 triumph against the Cavs on 11 December.

Harden posted a clip from the game captioned “CORNER POCKET!!!”

​It shows him and P. J. Tucker winning back possession in defence before breaking.

In the video, Harden drives towards the basket before passing to the corner to find Tucker, and effortlessly sink a three-pointer in slow motion.

Fans took to Twitter, as they hailed the winner of the 2018 NBA Most Valuable Player Award (MVP) as “better than Michael Jordan”.

“You’re better than Michael Jordan and make sure Lizzo can’t come to games”.

“GOAT you had an amazing game tonight. Who am I kidding you’re always great. Big fan keep it up. The ring is coming I can feel it”.

🐐 you had an amazing game tonight. Who am I kidding you’re always great. Big fan keep it up. The ring is coming I can feel it

​Other fans similarly lavished praise on their idol.

Beast mode always , keep grinding until you break every record and get that ring

Masterful defense! Drive down the middle. Draw defenders. Kick it to PJ in the corner. Three Points! That's beautiful basketball, accomplished by the best player in the world, James Harden!

Harden u the goat 🔥🔥

​Twitter fans applauded how the 30-year-old put on another special show to earn a valuable victory for the Houston Rockets in their bid to reach the playoffs.

They also noted the No.13’s appreciation of his team-mates’ achievements.

On Wednesday, the Cavaliers proved a real test for Mike D’Antoni’s team, but shooting guard Harden was ultimately the difference maker. 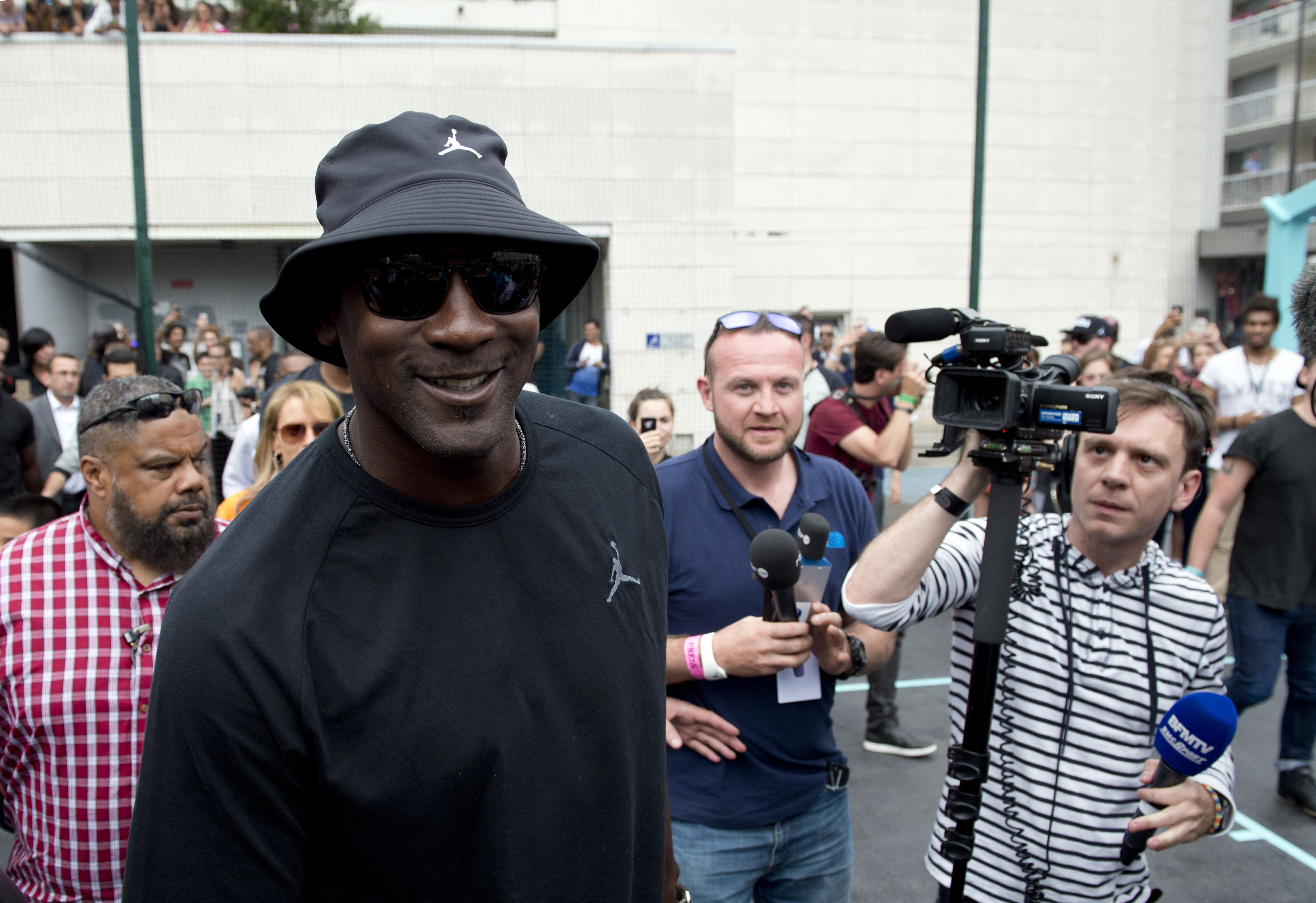 © AFP 2019 / ALAIN JOCARD
US former basketball player Michael Jordan arrives for the inauguration of a street basketball court in the Haies sports ground in Paris. (File)

2017 NBA MVP Russell Westbrook was Harden’s only team-mate to manage more than 10 points at the Quicken Loans Arena, notching 23 points that night.

Harden, known for his ruthless scoring, will hope to collect his second MVP title if he leads the Rockets, currently placed fourth in the Western Conference after last night’s results, to post-season glory.